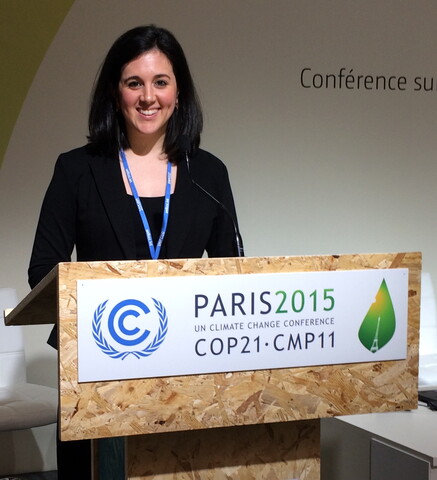 I walked into Paul’s class, not really sure what to expect, but intrigued by the title of his class, “Towards Science Communications with Impact: Environmental Engagement for a Changing World.” The posted syllabus included works from Mike Hulme’s Why We Disagree about Climate Change, George Marshall’s Don’t Even Think About It: Why Our Brains are Wired to Ignore Climate Change, and Naomi Oreskes’, Merchants of Doubt as well as many more. I was drawn to the interdisciplinary weaving of topics that would explore the unique dilemmas and untapped opportunities in communicating climate change.  According to my class notes that first day, the course would be about “the theory and practice of values-based environmental communications, with a focus on building science-based communications pathways among a variety of stakeholders to achieve a consensus of ethics regarding sustainability.”  This mouthful of a sentence seemed overly ambitious and I was entirely unsure what it really meant. But I was hooked and came back to class each week to learn more.

Paul Lussier, the professor/visiting Yale lecturer, ought to be introduced first.  A 1982 Yale College graduate, Paul has had a colorful and impressive career, ranging from roles as Executive Director/Writer for Time-Warner Television, Discovery Channel, National Geographic, HBO, etc. to founding his own company, M2U Media, a science communications strategy consultancy. After three months getting to know Paul, I think of him as an energizer bunny – an effervescent personality with a booming voice and even louder laugh, he’s full of big picture ideas and our class discussions would always leave my head spinning as he changed the way I thought about our world. Above all, Paul is deeply invested in his students and his passion shines through in his lectures and interactions with students.

Paul’s work and subsequently our class, focused on what he calls “values-based humanistic communications” – the idea that compelling emotional stories that speak to peoples' core values have more impact than rational scientific data, such as a two degree global warming of the Earth. For the first time as a student, I saw how my undergraduate degree in psychology, my MBA at Yale SOM, and my Masters in Environmental Management at Yale FES could be combined to effectively tackle the toughest environmental challenges.

To date, climate and science communications have been ineffective at spurring action, but have instead been reduced to dumbed-down sound bites or melodramatic warnings that oscillate from doomsday to blue sky/green farm imagery and language. Consumers are tired, confused, oblivious, and dubious or inspired but unmotivated to take action.

Humanist communications, however, is based on collaboration and dialogue, engaging with and listening to stakeholders’ values as articulated by them and responding with science messaging that caters to and respects those same values. Instead of asking what you can do for climate change, Paul has challenged us to ask what climate change can do for you. By flipping this question, we begin to think about the personal things that people care about and how addressing climate change can improve a person’s life, on a very personal level.

As George Marshall describes in his book, “Climate Change isn’t the elephant in the room; it’s the elephant we’re all inside of.” This means mapping out social, cultural, economic, political, and religious areas of people’s everyday lives that climate change touches – everything from social justice, food security, water sufficiency, economic opportunity, and safety from political strife.  Each nodal point is defined by its own very distinct narrative, wherein lies the opportunity to intersect climate science with meaningful engagement, embracing the notion that climate change is experienced by many very differently.

The culmination of Paul’s class was a once-in-a-life-time opportunity to attend the UNFCC COP21 Climate Change conference in Paris, France and present our findings from our semester-long project. As my classmate describes in more detail in her blog post, my team worked with the World Business Council for Sustainable Development (WBCSD) and the Intergovernmental Panel on Climate Change (IPCC), applying humanistic communications to develop a digital platform that would link scientists and business leaders to solve corporate sustainability challenges.

This was one of those experiences I’ll never forget and it was humbling to be a part of the collective effort to reach a global climate agreement. I came to Yale to contribute to the dialogue to show it’s possible for businesses to be both profitable and sensitive to global environmental responsibility.  As I embark on my last semester at Yale and enter into the workforce, I know this will not be the end of my work to protect the planet; there is still so much more that needs to be done. Better prepared and equip with lessons learned from SOM and FES, I know this is just my beginning. 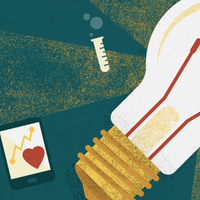