About a year into the pandemic, I decided to quit my job and move to Ithaca, N.Y. At the time, the city was looking for a director of sustainability to give life to the Ithaca Green New Deal (IGND), which, in terms of ambition, represented the City of Ithaca’s commitment to fight climate change. The IGND was very explicit about its climate goals: mitigate 100% of the greenhouse gas emissions before 2030.

Before joining the City of Ithaca as director of sustainability, I had collaborated with state and federal governments in the development of climate change legislation as well as in the development and financing of renewable energy projects. I had performed GHG inventories, developed climate action plans and even invested in a few climate-tech companies. All that was useful but, soon I realized, not sufficient to take on this challenge.

Around the same time, I applied to Yale’s FDCE program. I had learned about it just a few weeks before the deadline while listening to a podcast. The description of the program and the reputation of the university were enough to convince me it was something I wanted to do. My application was successful and, after being offered financial aid to participate in the program, I decided to register. To this date, it probably is one of the best professional decisions I have ever made.

It started in August, and by that point, I had made progress in the development of the City’s strategy to mitigate GHG: we had an idea of the amount and source of emissions that needed to be mitigated. I was then in the process of designing a green building and electrification policy framework while assessing different technologies and renewable energy options, and figuring out how to pay for it all.

The orientation week came and, after a week of engaging with other members of my cohort as well as the FDCE delivery team, I understood this was a special program and a wonderful group of professionals. During that first week, I had the opportunity to meet offline with some members of my cohort. I was impressed with their knowledge and willingness to share their knowledge and experience with everybody else.

Then the Policy Module started. It was a world of information, and it took a period of adjustment before I figured out how to take full advantage of it. Specifically, I remember how reading “The End of Energy”, while listening to Prof. Klee talk about how environmental and energy policy had evolved through the years, combined with Prof. Esty’s lecture on “red lights, green lights” finally helped me make sense of climate change policy in the US, both at the federal and state level.

In October of last year, I needed to present before City Council the implementation plan of the IGND. It was a very aggressive plan to fully decarbonize an entire city in less than 10 years. It was the first time any municipality in the US had attempted something like that. It required a completely new way of defining policy, attracting investment, and developing partnerships. Fortunately, a lot of what we covered in the Policy Module was not only useful, but also instrumental in the process of developing the City’s decarbonization policy framework.

During that first Module, I remember a class in which Prof. Klee shared with the class his favorite Supreme Court Justice quote: "A single courageous State may, if its citizens choose, serve as a laboratory; and try novel social and economic experiments without risk to the rest of the country." He was referring to the Laboratories of Democracy, as coined by Justice Brandeis in 1932, in his dissent from the Court’s decision in the case of New State Ice Co. vs Liebmann.

When presenting my strategy to fully decarbonize the City of Ithaca’s economy, I had a conversation with members of the City Council who were concerned about the extent of the commitment the City was making, and questioning whether it was for the local government – as opposed to the state and federal governments – to be innovative in the fight against climate change. Then, I remembered and shared with them the idea of Laboratories of Democracy, and how it implied that local and state governments could, and should, within the state and federal framework, allow for policy innovation, effectively becoming a social laboratory to demonstrate to the rest of the state and the rest of the country that world-changing policies could emerge from local governments.

The City voted to allow the plan to move forward and, as of today, the Ithaca model is recognized as one of the most innovative in the country. It is amazing how things connect. I feel fortunate to have started this job at the same time I enrolled in the FDCE program. I can’t wait to see what’s next. 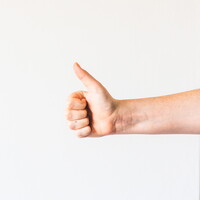 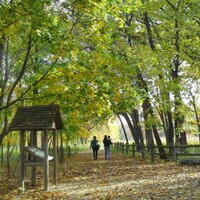 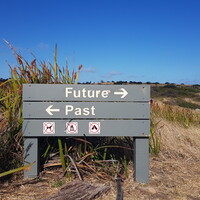 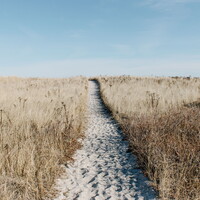 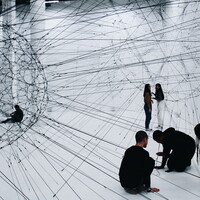 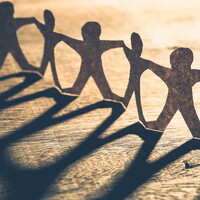