A student-led startup that is creating new energy technology the team says will enable households to reduce their carbon footprint while also saving money has received the 2017 Sabin Sustainable Venture Prize.

Powerhouse, a seed stage venture founded by SOM student Katrina Barlow, will offer affordable home batteries and innovative software that allows consumers to measure the price and carbon impact of their electricity in real time. That combination, Barlow says, will empower them to shift between grid power and battery power — and to switch from power generated during expensive, high-peak periods to off-peak periods.

Customers would be incentivized, for instance, to charge their batteries during the day — when conditions are more suited to renewable energy generation — and then utilize the battery during the evenings with the grid power is more likely to draw from fossil fuel sources.

“This gives you a low-cost, clean source of energy whenever the grid turns ‘dirty,’” she said. “This is giving information to users that they’ve never had before so they can make informed decisions about their energy use.”

In addition to a $25,000 cash prize, the business receives automatic entry into the Yale Entrepreneurship Institute Summer Fellowship.

One of the finalists, Kitchen Table, which was co-founded by Zoe Lloyd ’17 M.E.M./M.B.A., won the Audience Choice Award. Kitchen Table makes it easier for people to eat healthy meals at home with frozen, plant-based meals.

Other finalists included Alectro LLC, which aims to accelerate the transition to renewable energy by designing and implementing large-scale solar projects; and Turboarcjet, which is developing an all-electric jet engine as a cleaner alternative to the engines used in today’s commercial planes.

The Sabin Prize was one of four prizes awarded during Startup Yale, a daylong series of entrepreneurship competitions inviting innovative ideas from across the Yale community. The prize is managed by the Yale Center for Business and the Environment (CBEY), which is based at F&ES and the Yale School of Management.

During the team’s presentation, judges commended the flexibility of their business model and the ripe opportunities in battery storage.

“To me, you’re in a very good space,” said Andrew Sabin, president of the Sabin Family Foundation, founder of the Sabin Prize, and one of the competition’s judges.

One of the critical benefits, team members said, is their flexibility. For instance, they say the software can be compatible with a variety of battery types, which would make it easier to integrate the technology if a low-cost home battery is developed by another company like, say, Tesla.

“The hardware is our way of bringing that software to every single home and monetizing it,” Serrurier said during the team’s pitch. “If Tesla looks at that and says, ‘Hey, we have a lot of batteries…’ Then, hey, that’s great. We want our software to be as usable as possible.”

This article first appeared on the Yale School of Forestry & Environmental Studies website. 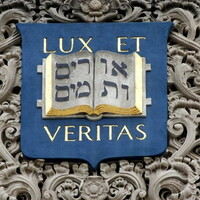