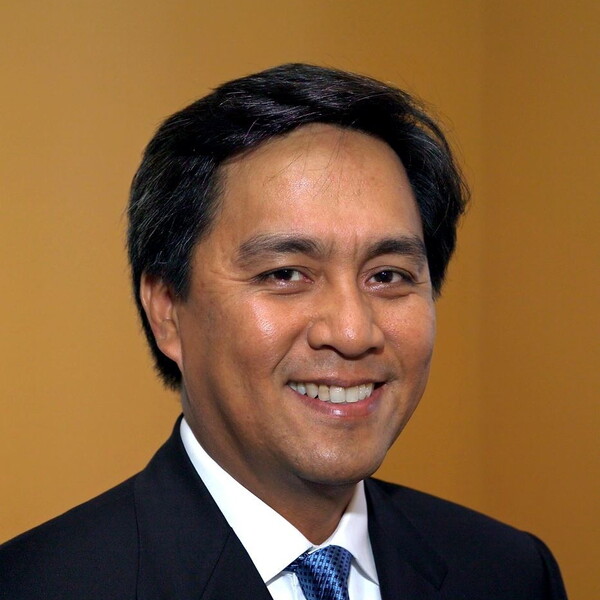 Vince Pérez is founder and CEO of Alternergy Partners, a power company focused on developing renewable power projects in emerging countries in Asia.

Mr. Pérez was the youngest and longest-serving Philippine Energy Minister from June 2001 to March 2005. He boosted energy self-sufficiency, promoted clean indigenous energy, and crafted an ambitious renewable energy policy framework. He served briefly in early 2001 as Undersecretary for Industry at the Department of Trade and Industry and as Managing Head of the Board of Investments, and led investment missions to Europe and the US.

Prior to 2001, Mr. Pérez had 17 years experience in debt restructuring, capital markets, and private equity in emerging countries, based in Pittsburgh, London, New York, and Singapore. At 35, he became the first Asian General Partner at Lazard Frères in New York, as head of its Emerging Markets Group. He was Managing Director of Lazard Asia in Singapore from 1995 until 1997. Mr. Pérez founded Next Century Partners in 1997, a private equity firm that invested in companies such as Smart Communications, Del Monte Pacific, and Fastech. In 2000, he founded Asian Conservation Company to invest in eco-tourism resorts.

Mr. Pérez is an independent director of Nido Petroleum (ASX), Energy Development Corporation (largest geothermal company in Asia), SM Investments, and ST Telemedia (a Temasek company). He also invested in Northwind Power, the first commercial wind farm in Southeast Asia. He is chairman of WWF-Philippines and was a member of the National Council of WWF-US. He chaired the first Philippine solar car team to the 2007 World Solar Car Challenge in Australia.

Mr. Pérez holds an M.B.A. from the Wharton Business School of the University of Pennsylvania and a Bachelor's Degree in Business Economics from the University of the Philippines. He was a 2005 World Fellow at Yale University, where he lectured an M.B.A. class on renewable power in emerging countries. He has consulted for ADB and IFC on renewable energy policy. He and his wife Leigh Talmage reside in Manila, Philippines.