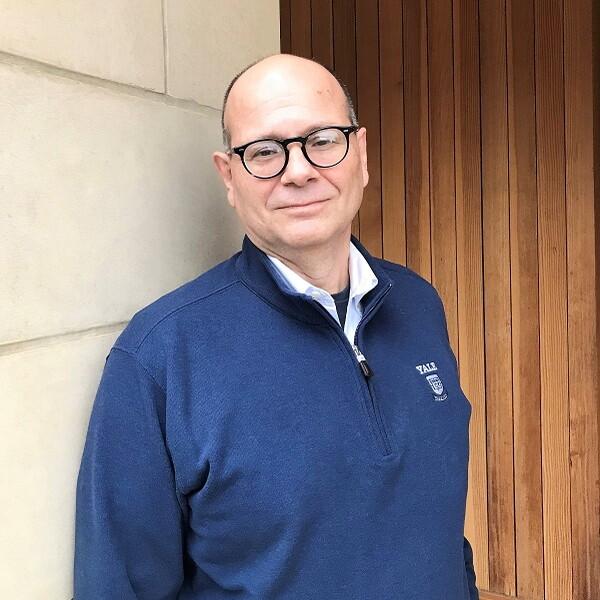 Michael's current topics of research includes seismic and electromagnetic wave propagation in the Earth; well logging and rock physics; seismic imaging, geophysical inverse theory and large-scale simulation. Since 2010, he has worked on a project that is studying ways of mitigating climate change by capturing carbon dioxide released at coal-fired or natural-gas-fired power plants and storing it underground (instead of releasing it to the atmosphere where it contributes to the greenhouse effect that drives global warming).

This project at Yale West Campus under the sponsorship of the U.S. Department of Energy National Energy Technology Laboratory in Pittsburgh is doing lab and computer experiments to better understand a natural process called mineral carbonation. In this process, carbon dioxide dissolved in water reacts with rocks that are rich in magnesium-iron silicate minerals, such as basalt, and turns into solid form as magnesium-iron carbonate minerals. Mineral carbonation is part of the carbon cycle, in which carbon dioxide moves through the atmosphere, oceans and solid rock over long periods of geologic time. Artificial mineral carbonation of large volcanic basalt formations that occur near the Earth’s surface would provide the surest form of sequestering carbon dioxide underground if it can be made to work on a fast time scale.

For the last five years, he has been working with the startup Canadian company Gedex on the development of a new generation of airborne geophysical sensors for mapping and monitoring of Earth’s near-surface (the first 500 meters below ground level). One of the new sensors is a sensitive gravity measurement that can detect, among other things, tiny changes in groundwater levels from place to place and season to season.

Since 2011, he has been the project manager for the Society of Exploration Geophysicists (SEG) advanced modeling project called SEAM Phase II. This project is a collaboration of oil and geophysical services companies from around the world to build large, detailed Earth models, including models of unconventional shale reservoirs. The models are built to represent a region of the Earth probed by a modern 3D seismic survey (roughly 10 km by 10 km by 10 km) at a resolution of about 5 meters and, thus, contain billions and billions of individual cells with varying rock and fluid properties. The digital models are used in computer simulations directed at improving methods of seismic exploration for oil and gas and at developing new methods for seismic monitoring of hydraulic fracturing.

From 1982 to 2009, he worked for oilfield services company Schlumberger in a variety of positions, including director of research technical communities for Schlumberger Oilfield Services, manager of the Schlumberger research innovation fund, and portfolio manager and technology advisor for Schlumberger Mergers & Acquisitions.