Water Scarcity. Rapid Urbanization. Renewable Energy Storage Needs. Aging Infrastructure. Climate Change. These are all subjects that we hear a lot about on the news and in our classes at FES and SOM. And, we know that, in order for business to really move toward sustainability, we're going to have to tackle these issues in serious ways. So, it wasn't surprising that you couldn't find an empty seat in the room when Lawrence Jones, VP of Utility Innovations and Infrastructure Resilience at Alstom, gave a talk on "Energy, Water, and Data for Ten Billion - Pathways for Sustainable Development" at SOM on October 7th. Looking around the room at the 60+ attendees, I saw students like Susannah Harris and Aaron Willis, who organized this semester's class on corporate water strategies, and Michael Puckett, who worked with PG&E over the summer while managing the Clean Energy Finance Forum. In short, Jones' talk had brought together students focused on each of these issues into one room. After an introduction from Becky Gallagher, who organized the talk, Jones took 60 short minutes to lay out how many of these problems are interconnected, and suggest some ways in which companies like his are looking to systems thinking to drive solutions.

[[{"type":"media","view_mode":"media_large","fid":"874","attributes":{"height":"360","width":"480","style":"line-height:1.538em; width:350px; height:263px; margin:10px; float:left","class":"media-image media-element file-media-large"}}]]On the whole, Jones sees resource pressures as significant challenges on their own. With images of the Aral Sea drying up, and companies like Coca-Cola spending significant funds on water access, we know that water will play a major role in future decisions. We also know that, as we seek to address climate change, we need to find ways to store renewable energy and invest in rebuilding or rethinking our electrical grid. However, Jones stressed that, at the end of the day, the fact that these issues are often thought of within academic and industry silos, is perhaps of even more concern than each individual problem. We should be thinking of our carbon footprint, but we should also be thinking of our water footprint at the same time. For example, although renewables need to be a major area of investment, we can't just take it for granted that they are preferable to other sources. We also must do the math to figure out when that solar project might actually be a larger suck on drought-prone water landscapes than is sustainable. And we should be using and enhancing this newly available wealth of big data to do this kind of analysis.

Shifting to breaking down silo boundaries and harnessing big data won't happen overnight. Metrics can't always cross over from one sector to another, and I think we've all heard the refrains of "we don't have that information" or "the data isn't good enough." One of the key things that needs to happen now is to determine where we do have data, where data sources can be comparable, and how we can assess where we need to start collecting other data.

Bringing these themes together, Jones suggested that there is no logical reason for all of our utility systems to be segmented. Instead of thinking of water, electricity, and heat as separate systems, Jones asked the audience to think about what an integrated system would look like. Would it be managed on a small scale that increases responsiveness to demand and disasters? Could it open the door to vast efficiencies as systems work together and learn from each other? Jones thinks it could. He imagines a system that pinpoints leaks in water mains in seconds while flagging exactly where a tree might have fallen, cutting off power. It's not that this transition will occur today. We have a daunting task in front of us. I wonder how we can find a balance between investing in collecting data we don't yet have on existing systems to determine those systems' key needs and simply replacing the old systems with more efficient ones. But, it's clear that bringing these silos together could drive an enormous amount of value while optimizing systems for performance and longevity.

Thinking outside of the box can also happen in the framing of a problem. We often think about the challenge of commanding price premiums for environmentally beneficial goods and services, and frankly, the cost of trying to transition to an integrated infrastructure here in the US and abroad seems like it would be staggering. But, as Jones asserted, it's not just about recognizing where systems connect, it's also about recognizing where value lies. We hear about this all the time in marketing, communications, brand development. It's not about selling the product, it's about identify a need or aspiration. Jones left the audience with an example from Ghana, where the assumption was that a microgrid was too expensive for a town to pay for. That seems logical. But, when they realized that what people really needed was ice, electricity turned into a value proposition for freezing food, and that was something that, through creative financing, the village could prioritize.

While everyone left the room to head to classes in their fields, I know many of us started thinking about the ways in which our work could tie together, and how we can reimagine the services we want to provide. 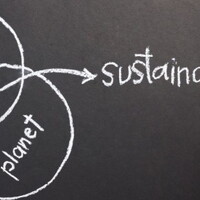 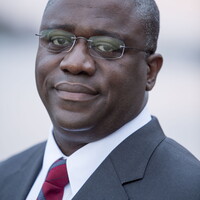