This piece was originally published on Environmental Leader.

The most recent California drought is in its fourth year. Although some point to the potential savior of El Niño in the fall and winter, there continues to be enormous pressure on water conservation statewide. The latest controversy — a legacy of California’s agricultural roots and antiquated water law — centers on senior water rights holders, most of whom are large agricultural interests in the San Joaquin Valley.

As a former resident for many years of the San Francisco Bay Area, I have watched the story develop with interest, various parties scratching out claim to the reduced river flows and diminishing groundwater. I have to admit that as a city dweller and environmentalist, I share the frustration with “Big Ag” and its apparent refusal to work in the interest of the greater good. This feeling grows when I read reports that some companies are using water in California to grow almonds, which represent a classic economic case of environmental externalities: the almonds have a high profit margin because the cost of water is not borne by the companies.

Almonds, which represent about ten percent of California’s agricultural output (in dollar value), have thus been at the center of a very public (and often heated) conversation on water use. The production of wine grapes, though, has gotten much less press of late — with the exception of stories like “California Drought Produces Tastier Wine Grapes.” And that’s too bad. A close look at the increasingly progressive practices of California wine production could provide a valuable set of solutions to the state’s water use in times of drought.

At first blush, certainly, wine seems to fall into the same bucket as almonds; a self-professed environmental activist must cringe at growing grapes for wine. After all, they’re not an essential food product. Nobody needs a glass of wine. And yet grapes, which represent a slightly larger percentage of California’s agricultural revenue than almonds, are often grown in some of the state’s most water-stressed areas.

But the changing dynamics of wine production merit more attention. Of course, growing and producing wine requires water. The Water Footprint Network has estimated that it takes 29 gallons of water to produce a single glass of wine. This figure is probably on the high side for California vintners, who tend to have larger yields per acre than other countries, but the actual water footprint of a California bottle is unclear and highly dependent on multiple factors. Studies at UC Davis put the water consumption between six and 16 gallons of water per glass, with research and pilot projects under way that are driving that ratio nearer 1:1. This successful trajectory of water conservation among vintners is due, in part, to wine’s high margins. “Extra” cash has allowed growers and producers to invest in environmentally progressive technologies even before the current drought hit California.

Examples of this progressive approach abound, offering a valuable playbook to other agricultural groups. To start, wine growers across California created the California Sustainable Winegrowing Alliance (CSWA), a San Francisco-based non-profit, in 2003. According to the website, the association represents about 1,000 wineries and affiliated businesses, responsible for over 85 percent of the nation’s wine production. The association provides guidelines and voluntary tools for vintners and growers to improve both energy and water conservation. It also offers a voluntary certification program.

A scan through the practices of some of the CSWA-certified wineries in California suggests a suite of practices that have been implemented over the last 10 years. Kendall Jackson lists efforts to reduce water use in the winery (reduced barrel washing volumes and tank rinses) and in the vineyards (drip irrigation systems and using winery rinse waters in irrigation). J. Lohr reports that it has reduced water use by a third thanks to a “comprehensive water conservation program.” Today, it produces one gallon of wine using only 1.1 gallons of water — an exponential improvement compared to the Water Footprint Network’s figure.

Interestingly, the question of wine’s necessity is also complicated. Culturally, wine has long roots in the evolution of our society. Wine cultivation, religion, environmentalism and the preservation of human culture have been intertwined for thousands of years through groups such as the Cistercian monks that preserved literacy through the dark ages while producing wine for the sacrament. While wine may not be a basic need, one can marshal strong arguments for its role in a thriving culture.

I’m not saying that wine growing has solved all of its environmental issues, nor that we should accept corporate claims without hesitation, nor that wine growers should be exempt from water restrictions on cultural grounds. I only propose that wine production might present a useful set of water conservation insights as California’s agricultural sector struggles to overcome today’s drought. Wine growing and making tend toward large-scale drip irrigation, dry farming, integrated pest management, innovative cover crop application and aggressive industrial conservation practices. These are legacies worth preserving and disseminating statewide. For my part, I am rooting for the wine industry to thrive under the duress of water shortage. Cheers to that. 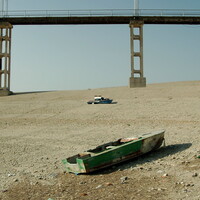 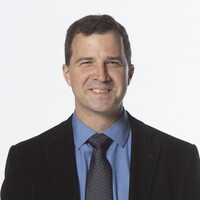 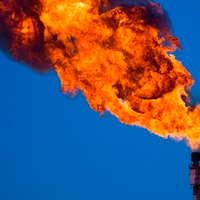