Last year was dubbed the year of the special-purpose acquisition company (“SPAC”) and the trend is still going strong (despite some recent “SPAC-lash”). In 2020, about 200 SPACs went public, raising a total of US $64 billion in funding. This year, 330 SPACs have to date raised in excess of $105 billion in funding. But what exactly are SPACs? In brief, SPACs are shell companies (i.e. not commercially operational) that investors use to raise capital via an Initial Public Offering (“IPO”), in order to acquire other companies. They are typically sponsored by industry veterans, institutional investors, private equity professionals, and hedge fund managers with a proven track record for success.

Some of the purported advantages of SPACs over a traditional IPO include the ability to consider forward-looking projections, the ability to raise additional capital above and beyond what an IPO might permit, and, in some circumstances, a quicker route to becoming a public company. This makes business combination by way of a “De-SPAC” transaction an attractive option for companies that are convincingly positioned for exponential future growth, like those at the forefront of a transition to a low-carbon economy. For more background on SPACs, check out this article by Yale lecturer and SPAC investment officer Dan Gross.

To dive deeper into the world of SPACs, a group of twelve Yale graduate students participated in an independent study with Climate Real Impact Solutions (“CRIS”), a serial-issuer of SPACs founded in 2020. CRIS has issued two SPACs today, each of which went public with a commitment to partner with management teams, investors, and companies possessing the potential to enable decarbonization pathways and by doing so deliver enormous value for shareholders and other stakeholders. The students researched and presented potential investment opportunities across four industries–namely battery storage, sustainable agriculture, carbon capture, and hydrogen. Their goal was to analyze the economic and technological dynamics of these industries, ultimately identifying attractive potential targets for a SPAC such as CRIS II. This blog post summarizes their findings.

Batteries are crucial to transforming the electricity and transportation sectors, which contribute 40% to global greenhouse gas emissions. Lithium-ion batteries in particular have contributed to the increasing potential of battery storage as a high-impact climate solution, largely due to the growth of electric vehicles (“EVs”). These batteries are especially attractive as a way to store energy due to their energy density and recyclability. With prices having fallen by 87% since 2010 and cost reductions projected to continue through 2030, the lithium-ion battery market is projected to grow rapidly by 2030, from US $46 billion to US $197 billion. Demand for EVs will drive the majority of this growth (US $125 billion by 2030). The midstream segment (manufacturing and assembly) of the lithium-ion value chain is likely to see major advancements to ensure improvements in energy density and charging speed, which will allow EVs to reach and exceed cost parity with internal combustion engine vehicles. In the past, cathode improvements have been crucial to achieving higher energy densities, but the focus has now shifted over to improving anode technologies. One takeaway of the studies was that silicon anodes have the potential to improve energy densities by 20-50%, compared to the conventional graphite anodes, which only have the potential for 5-10% improvement. Silicon anodes have high economic potential as well, with a total addressable market of US $26 billion by 2030. New players are emerging to capitalize on this market. Enovix, was the first silicon anode company to have been acquired by a SPAC in early 2021 after having raised US $385 million.

The students in the independent study proposed Sila Nanotechnologies as a potential SPAC target due to the company’s innovative and tested anode technology, which allows for a 40% increase in energy density. The technology is nearing commercialization and the company has already built strong partnerships with manufacturers like BMW, Samsung, and Siemens. Integrating silicon anode technology into EVs might take at least 10 years, which gives time for adequate testing and improvements.

The increase in demand for raw materials to build lithium-ion batteries is set to outstrip the increases in supply from battery recycling, but supply can continue to increase through other means, such as advances in new battery chemistries that use fewer raw materials and the development of new mines to widen the supply chain. Several established players already dominate the market for lithium-ion batteries, but they have yet to overcome the challenges associated with using silicon-anode technology (which the industry may widely adopt over time). Such companies lack the strong partnerships that new companies like Sila have established with OEMs. Thus, the students determined that Sila Nanotechnologies possesses an enduring competitive advantage over competitors, and, in their estimation, it stands out as a highly attractive investment opportunity.

The main market drivers for controlled environment agriculture include: climate-driven impacts on food systems; consumer preferences for locally grown, healthy food; technological development; and government support. The industry has a total addressable market of US $50 billion as of 2020, and many players are after a share of this market opportunity, including names identified by the students such as Bowery, App Harvest, Bright Farms, Gotham Greens, Aero Farms, 80 Acres Farms, and Square Roots.. Aero Farms and App Harvest have already gone public via De-SPAC transactions. Most players operate in either the greenhouse or vertical farming segment, with a focus on leafy greens, but some have been successful in growing fruits like tomatoes and cucumbers (e.g. AppHarvest). Research and development efforts are underway to grow more fruits and vegetables. The students proposed two investment opportunities in this sector: Bowery and 80 Acres Farms. Both grow vegetables in the US using greenhouses, but Bowery is planning to expand to Asia. Bowery has so far raised US $210 million (investors include GGV Capital, General Catalyst, Google Ventures, and Temasek), while 80 Acres Farms has raised US $60 million (investors include Barclays, Virgo Investment Group, and Orange Wings Capital).

The high upfront capital cost and energy costs associated with controlled environment agriculture pose a risk, but these are expected to be less of an issue in the future due to cheaper renewables and higher efficiency lighting technologies. For now, the premium price can be a selling point if companies are able to positively differentiate their products from others on the market. Eventually, it will help to establish long-term contracts with retailers,  as the competition for shelf space increases.

Carbon capture, utilization, and storage (also known as “CCUS”) is an important strategy to combat climate change. Some sources estimate that to meet the goals of the Paris Agreement, over  2,000 carbon capture facilities would need to be operational by 2050. At present, there are only 19 carbon capture facilities in operation globally with 51 more being developed. Global CO2 demand in industry applications is expected to reach 272 million tonnes by 2025. The current demand for CO2 is dominated by enhanced oil recovery and fertilizer production, representing 34% and 57% respectively. Other current markets for CO2 include beverages, food, and fabricated metals. Meeting the goals of the Paris Agreement will require an average of 70-100 facilities to be built per year, which means there is a need for new markets where CO2 can be sold, used, and stored.

CO2 can be captured at the source where it is emitted, or it can be taken out of the air anywhere via a process called direct air capture. After that, it is usually transported to locations where it can be stored or used to create products. The students concluded that the downstream opportunities in the carbon capture industry have a high appeal for SPACs, especially the concrete industry. Technologies in this industry have a relatively quick road to commercialization, and an ample market opportunity to boot.  The US concrete market, for example, is worth US $28 billion at present, and it is expected to grow at a steady rate going forward.

In light of these factors, the students in the independent study proposed investment in the company CarbonCure, which collects and purifies CO2 and injects it into concrete to make the resulting product both stronger and more climate-friendly. CarbonCure has worked on projects with corporations such as Amazon, Infosys, LinkedIn, and McDonald's, and it has raised US $29 million in funding from investors including Amazon, Shopify, Microsoft, Hitachi. CarbonCure’s technology can be easily retrofitted to existing plants, lowering barriers to adoption. It is already operational at 300+ concrete plants across the world, resulting in over 100,000 tonnes of CO2 reduction.

The US hydrogen market is expected to grow enormously over the next decade, rising to US $140 billion by 2030. Many SPACs have already invested in companies with hydrogen technologies, especially in the transportation sector. Investments in the generation of hydrogen, rather than its end-use, are particularly attractive. The students in the independent study identified two hydrogen generation technologies as being most suitable for investment: (1) high-temperature electrolysis, which produces what is known as green hydrogen; and (2), methane pyrolysis, which produces what is known as turquoise hydrogen.

As pertains to green hydrogen, the students found solid-oxide electrolyzer cell technology to be the most compelling investment opportunity due to its higher efficiency, ability to function as a fuel cell, and suitability for the industrial sector. However, its short lifespan may be a hindrance to its adoption. By 2030, the cost of the technology could go down up to 80% due to the decreasing cost of renewable electricity. Electrolyzers use a large amount of electricity to split water into hydrogen and oxygen, so when the price of electricity drops, so, too, does the price of hydrogen produced via electrolysis.  As a specific investment opportunity in solid-oxide electrolyzer technology,  the students proposed Sunfire, a German company that has raised US $40 million since 2010 and has already forged strategic partnerships with governments and steelmakers in Europe.

The second technology that the students identified, methane pyrolysis, is also very attractive due to its low costs and emissions compared to traditional hydrogen generation, which uses natural gas feedstocks. Specifically, the students proposed Monolith Materials as a SPAC acquisition target.  The company’s first plant has already been commissioned in Nebraska and the second one, which is set to be 12 times bigger in scale and production capacity, will be operational in 2020. The plant will run entirely on renewable energy and will use natural gas and steam to generate hydrogen as well as additional revenue-generating side products. The company has so far raised US $205 million, with the latest Series C fundraising round totaling US $60 million.

The process of selecting a SPAC target, as with any other investment origination and execution process, involves both the art of having to develop conviction around management teams and marketplaces for products and services that may not yet exist, and the science of requiring extensive commercial, legal, and increasingly Environmental Social, and Governance (“ESG”) due diligence on a company’s past, present, and future. No one can know for certain how exactly a company will perform in the future. However, the risk is lower when the teams involved are knowledgeable and experienced, and when they conduct a thorough due diligence process, including analyses like those conducted by the CBEY students. One certainty is that the transition to a low-carbon economy will require new industries and new companies to emerge at the vanguard. SPACs may be an additional tool in the capital markets arsenal for this transition, as they emphasize forward-looking financial projections, allowing young clean energy technologies to articulate multi-year and even decade-long visions for their young businesses. SPACs are part of a wave of financial innovations that create a pathway for new technologies to be commercialized on a large scale and aid the clean energy transition. As these environmental technologies become more widespread, then investments like SPACs will pay off, not only for their investors but also for the planet and the people who live on it. 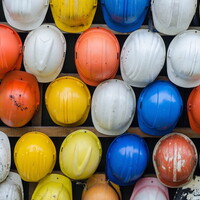 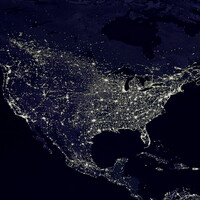 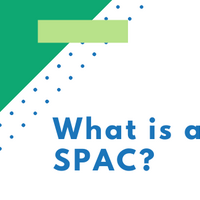 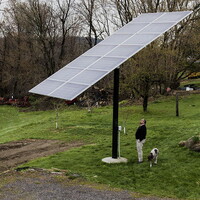