TerraCycle is not a typical recycling company—it’s a marketing company that develops recycling solutions and serves as a model for circularity, demonstrating a pathway to a new type of consumer economy.

TerraCycle’s journey as a trailblazer in circularity originated as a one-man operation making fertilizer from kitchen scraps and worms behind the Princeton dining halls. Founder Tom Szaky was inspired to eliminate food waste by scaling up this method. Soon, TerraCycle was winning business prizes and scaling operations to where Szaky decided to leave Princeton to pursue TerraCycle full time. By 2006, TerraCycle plant foods were available nationally, carried by Home Depot and Walmart.

TerraCycle’s focus on recycling consumer waste streams began with the Drink Pouch Brigade, a partnership with Honest Tea. According to Alex Payne of the TerraCycle media team, Szaky realized he could make a bigger impact in the world by using product and packaging waste deemed to have no value to create new raw materials that are sold to manufacturers to produce...new products.

Other Sponsored Waste programs came after, with the Yogurt Cup Brigade and the Energy Bar Wrapper Brigade, sponsored by Stonyfield Farm and Clif Bar, respectively, laying the foundation of TerraCycle’s flagship program. TerraCycle’s breakthrough came in 2008, when Capri Sun signed on as the leading sponsor for the Drink Pouch Brigade. TerraCycle also partnered with Target to run an advertising campaign in Newsweek magazine, where readers were encouraged to remove the cover and fill it with Target bags. Over 47,000 readers did so, allowing TerraCycle to create the world’s first reusable tote made from plastic bags. TerraCycle was clearly on the rise.

Today, TerraCycle operates in 20 countries and is a world leader in the collection and recycling of waste streams that are traditionally considered not recyclable, from cigarette butts to shampoo bottles, and even dirty diapers. TerraCycle’s offerings include Sponsored Waste programs, which are services free to consumers that are funded by companies and retailers where individuals, schools, or churches collect and recycle products, with the end goal of making products cradle-to-cradle instead of cradle-to-grave. For small businesses, TerraCycle offers Zero Waste Boxes—low-cost, recycling platforms for hundreds of hard-to-recycle waste streams from coffee capsules to pipet tips. TerraCycle’s services even extend to municipalities, with numerous platforms and citywide programs for hard to recycle waste streams like cigarette butts or chewing gum. TerraCycle is an all-encompassing recycling solution.

Through Sponsored Waste programs and Zero Waste Boxes, TerraCycle has made it easy for consumers to help divert waste from landfills. Marian Chertow, a professor of Industrial Ecology at the Yale School of the Environment, points out that elsewhere, people are “willing to sort their waste...and separate it themselves.” This behavior isn’t common in the US, therefore making TerraCycle’s programs a straightforward way for consumers to recycle a variety of products. TerraCycle makes the challenging task of recycling the unrecyclable both worthwhile and economically viable for both themselves and their partner companies.

To eliminate waste in the context of a profitable business, TerraCycle’s in-house R&D team first develops a recycling solution to process the brand’s waste product at-scale. TerraCycle works with processing partners on the logistics associated with transporting and ultimately recycling the material. Once those systems are outlined, the in-house marketing and communications teams then focus on how to bring the recycling solution to market in the form of a free recycling program.

TerraCycle is able to succeed in their mission to recycle any waste stream through negative cost marketing, where brands cover the cost of developing a recycling solution for their waste streams, including the prices of storage, shipping, and processing of waste; which TerraCycle margins; plus any relevant marketing or account management fees.

Negative Cost Marketing and the margins TerraCycle collects are integral to overcome the key reason why most waste streams are not recycled—and are instead sent to landfill or are incinerated—because the cost to collect and process them far outweighs the value generated from the recovered material. Therefore, to make these waste streams worth recycling, TerraCycle must generate value beyond the material value of the waste.

TerraCycle provides partners a range of services, including traditional media/PR, social media, and marketing services. TerraCycle is unique because they act as both a marketing and PR firm as well as a recycling company. No other company, to TerraCycle’s knowledge, is able to provide in-house R&D waste stream innovation, marketing, and recycling capabilities. The costs associated with running a waste collection program translate into positive PR, awards, and recognition as an environmentally-friendly company- a factor that is important to attracting younger consumers. TerraCycle believes that some consumers “patronize brands that enable recyclability of products and packaging that were not previously recyclable.”

Many clients have relayed to TerraCycle that they have experienced “increased customer loyalty, higher revenue and/or greater market share” that they attribute to their TerraCycle programs. Other forms of value beyond the material value of the waste include communication and shopper marketing platforms for consumer product companies, increased foot traffic for retailers, cleaner streets for cities, and charitable donations through Sponsored Waste programs.

TerraCycle serves a purpose beyond simply encouraging recycling and helping brands. Marian Chertow, a professor of Industrial Ecology at the Yale School of the Environment and a member of the TerraCycle Board of Directors, believes that TerraCycle “paves the way for a lot of new ideas and a lot of innovation.” One of their newest innovations is the Loop platform.

“While TerraCycle diverts existing waste from landfills,” Payne explains, “Loop’s aim is to develop and grow a shopping system that is completely circular by transforming packaging from single-use to multi-use, refillable designs.” The Loop platform is an innovative reusable packaging solution where consumers pay for the product (plus a deposit covering the canister cost). When the consumer returns to purchase more goods, they swap out empty canisters for new ones and receive their deposit back. Loop was pitched to brand partners as a way to eradicate the root cause of waste - single-use packaging that is used once then thrown away. Once up to scale, it will make the cleaning and reuse of canisters cheaper than brands using single-use packaging.

Professor Chertow also believes that Loop can be a trailblazer in circularity and “if TerraCycle can show that [Loop] really is useful and profitable and on the right path to sustainability, then ...it can raise the bar for other companies.” Major global organizations, such as the World Economic Forum and the Ellen MacArthur Foundation are pushing efforts to move the public and corporations away from a “linear disposable economy” mindset to thinking about a “recycle circular economy.” These market forces, combined with TerraCycle’s appetite for inventiveness, could prove fruitful for the company.

Trailblazers often encounter obstacles, and for TerraCycle, one such obstacle is their competing business streams. Payne describes a tension between Loop and TerraCycle, noting that “In a perfect world, Loop’s sustainable packaging platform would overshadow and eventually render several...current business units, including many of our Sponsored Waste programs and Zero Waste Box variants, unnecessary.”

However, Marian Chertow doesn’t necessarily believe that Loop and TerraCycle can’t exist in harmony. Chertow explains that the Zero Waste Box program, for example…”provides a means by which people can actually get rid of difficult [to recycle] consumer products” and Loop “focuses on another part of the supply chain... which is the packaging.” Regardless of Loop and TerraCycle’s ultimate compatibility, TerraCycle Inc. wants to help companies reach zero waste, but must also be able to provide value afterward.

TerraCycle is working to ensure that they can still provide additional value to their partners after helping them reach zero waste. Payne explains that TerraCycle wants to create a closed-loop system of production and consumption while also “pursuing upstream re-design strategies to reduce the volume of discarded materials and improving the downstream process for products and packaging at end-of-life.” Retail brands and partners are yet to reach zero waste, but in the future, the creation and expansion of the circular economy is a key goal for TerraCycle.

Despite this lofty target, Chertow insists that TerraCycle does not exist to “take over the world” but simply wants “to expand Loop and expand TerraCycle into these countries and show that it is feasible.” Most importantly, Chertow notes that although TerraCycle is effective in their market, they don’t cover all of the waste streams. She believes that other actors must help account for food and organic wastes, which are a large component of municipal and consumer waste streams. Ultimately, Chertow sees TerraCycle as a proving ground for  “incremental improvements” and “pushing the envelope” in ways that “will keep [creating change].”

Marian Chertow and Alex Payne both view TerraCycle as a company creating impact through influencing consumers and brands to be more sustainable. As previously noted, TerraCycle does not focus on all waste streams. Furthermore, Payne is hesitant to draw an equivalency between TerraCycle’s waste programs and carbon savings, but he does note that TerraCycle provides regular reporting to partners on the amount of waste collected and recycled and that this can be equated to reduced carbon emissions and other environmental savings. He believes that TerraCycle’s true value to the public is not found in raw numbers, but in “enabling companies to use more recycled inputs in place of virgin materials” and “design[ing] out of disposability all together.”

TerraCycle’s models all demonstrate at least a 40% reduction in Global Warming potential (first column) which is a metric that “evaluates and normalizes different gas emissions to the air and the net effect on atmospheric warming over 100 years.” TerraCycle’s different recycling models also reduce unnatural ozone generation, freshwater eutrophication, and water toxicity. These more advanced findings do not carry significance for the general public- not many consumers have a frame of reference for acceptable ecotoxicity numbers- but they portray the many different aspects of the environment that are harmed by the predominant waste solutions, landfilling and incineration.

TerraCycle’s work demonstrates that sustainability doesn’t have to be painful. Their programs are just as easy for the consumer as landfilling- the consumer places material in bins, has it carried off, and never has to give it a second thought. As TerraCycle’s waste streams scale up, economies of scale will also come into play, thus reducing the cost for consumers. Lower costs and ease of use will make recycling and reuse the default; only the most difficult waste streams won’t be recycled.

Large commercial retailers have already signaled their intention to transition to circularity. Apple has already begun; diverting over 39000 metric tons of e-waste from landfills in 2020. They have also recovered 1 metric ton of gold and copper from old iPhones, the equivalent found in 150 metric tons of mined ore. It is cheaper for companies to reuse than to create new raw materials. Microsoft is also jumping into circularity, creating “Circular Centers” that will analyze and optimize data center re-use, contributing to server and component reuse rates of up to 90% by 2025. With some of the world’s most recognizable and forward-thinking companies just now understanding the importance of circularity, TerraCycle, having envisioned this trend over a decade ago, is well-equipped to become the preeminent recycling and circularity generator in their waste streams.

TerraCycle is driving innovation and circularity. Through the work of an innovative R&D department, TerraCycle has made the economics of recycling viable for many waste streams, and in the process, has demonstrated ingenuity needed to mitigate human impacts on the environment. From working with worm poop and food scraps, TerraCycle has become one of TIME Magazine’s 100 Most Influential Companies and a model for how circularity can be built without compromising convenience. 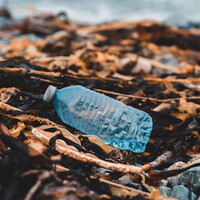 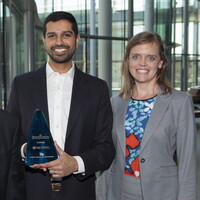 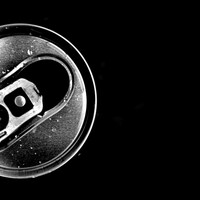