On the day of the Sabin Sustainable Venture Prize deadline, Monika Dharia (Duke ‘19) and Russell Heller (YC, ‘19) almost decided not to submit their winning application.

“That afternoon, we had a phone call and we were not going to turn it in because we had seen past winners and felt that there was no way that ponchos were going to be seen as the equivalent to the next solar panel,” said Dharia.

Without much confidence, the co-founders eventually decided it would not hurt to “just send it.” Turns out, their recyclable EcoRain Poncho, sourced from 100% Brazilian sugarcane and made through a process that also sequesters carbon, took the $25,000 prize.

According to the United Nations Environment Programme, people around the world produce 300 million tons of plastic annually, and half that is for single-use items. That’s equal to the weight of the entire human population, which means that the average person uses their weight in plastic every single year

Dharia and Heller’s Green Gear Supply Company has a vision for “a world free of single-use plastics, where petroleum is no longer a dominant commodity.” Their products answer the question: where is it most difficult to get rid of single-use plastics and where can there be a non-petrochemical alternative?

By making their EcoRain Ponchos out of plant material, they are not just displacing traditional single-use plastics. The process itself absorbs carbon dioxide from the atmosphere, resulting in a product with a lifecycle that removes more carbon from the atmosphere in material production than it releases during manufacturing and shipping.”

These days, Dharia and Heller have been working diligently to scale the company to be able to fulfill big orders and build up their inventory. Thousands of ponchos are being produced for sporting events, university tour groups and music events. When the COVID-19 pandemic hit, the two even started a “Ponchos for PPE” fundraising campaign to donate over four thousand ponchos to hospitals in the United States and Liberia in order to extend the useful life of gowns worn by frontline workers.

The co-founders learned of their shared commitment to social and environmental good at a rooftop bar during an internship with Bain & Company. Dharia at the time was studying at Duke University, where she had been playing around with the idea of developing a sustainable poncho to serve the needs of her university. As she began to ask around to gauge people’s interest in the product, however, she realized the market for her EcoPonchos was much bigger than she thought. When she shared her belief in business solutions and climate action with Heller, he eagerly jumped on board.

“The vision, which Monika had that I subscribed to was that there is a need here that we can exploit and also build an entire company around that offers sustainable consumer products,” said Heller. “You know, the ponchos as a leaping or starting point and not as the final vision.”

The reason ponchos are a great first step, said Monika, is that from a consumer perspective, purchasing eco-friendly ponchos is a low-risk way to showcase your dedication to sustainability. For some, another selling point is that the ponchos simply allow people to enjoy the outdoors in a more sustainable way. Dharia and Heller hope to expand their product offerings into other spaces, but it is more than just creating the next reusable water bottle.

“We’re thinking about what the product category is where there could be a sustainable alternative but there isn’t yet, or there is one that just isn't as good as what we think we could bring,” explained Heller. “Every time we’re selling a poncho, we’re displacing something that would be worse for the world, which is pretty cool.”

Dharia and Heller still work full-time jobs at Bain Capital, focusing on Green Gear on the weekends. They are moving forward as the world emerges from the pandemic, refining their distribution process and figuring out how to more reliably meet customer needs. For example, since February 2020, nearly all of their distribution channels have been moved to the United States.

The process of launching their own enterprise has been nothing short of challenging, said Heller, but there are upsides.

“Monika and I are in positions of power where the decisions we are making are driving things forward,” he said. “If we do things, they happen. If we don’t do things, they don’t happen. That’s a cool feeling and very different from our full-time jobs where we’re part of a larger, more established organization. It’s fun to have toes in both of those worlds.”

As 2021 continues, Dharia and Heller are excited to fulfill their COVID-19-stalled orders and develop the next sustainable product so they can replicate the process they went through with their EcoPonchos. Much of this would have been tricky without the support of environmental innovation grants through Yale’s Center for Business and the Environment.

Placing a large order for packaging? They have the money necessary to avoid taking out a loan. When Green Gear was supporting hospital PPE? They were able to expedite the process by using the grant money to purchase the material before starting the fundraising process. Even the applications for the grants themselves were worthwhile, Heller explained.

“There’s really nothing to lose,” said Heller. “Also, the process of coming up with the application and answering the questions and thinking through ‘What are we trying to do here? What is the point of this? Is this actually viable?’ … will answer whether or not something is worth doing and that process is valuable in and of itself.”

What does Dharia wish she could say to students who might be thinking of launching their own venture or applying to the funding cycle?

“I think my advice would be that sometimes you might just have less confidence than you should.”

You can find more information about the Sabin Sustainable Venture Prizes here and learn more about Startup Yale here.

Note: After bringing packaging production and logistics to the US, GreenGear next hopes to make poncho manufacturing domestic, but has struggled to find American companies with the necessary capabilities. Dharia and Heller are actively seeking partners to contract manufacture ponchos in the US, so please reach out if you are interested in working with them. 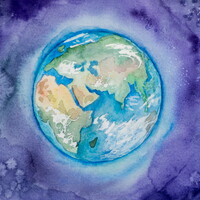