The Sabin Stories will introduce you to former winners of the Sabin Sustainable Venture Prize as they share experiences and reflect on their time as student entrepreneurs at Yale.

“You have a unique chance to be surrounded by valuable resources in an inquisitive and dynamic environment. Your time at Yale comes with the responsibility to experiment and develop your ideas, ” shares Justin Freiberg, Sustainability Project Manager at West Campus Urban Farm and a Sabin Sustainable Venture Prize winner in 2011.

Justin is co-founder of Encendia Biochar: a company that produced a customized charcoal out of organic plant matter through an innovative technology that made use of the 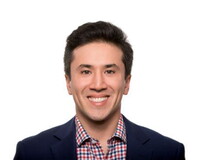 ancient process of pyrolysis. The product was used as a sustainable soil amendment that facilitated farmers’ land use efficiencies.

Curiosity and student-led research brought together the team from diverse backgrounds: agriculture, mechanical engineering, law, and finance. Analyzing the opportunity in depth, the project gradually turned into a business idea.

Even though Justin notes that the entrepreneurial ecosystem at Yale was nowhere near as robust as it is today, he is thankful for the variety of resources that supported the venture. Yale laboratories, the Yale Farm, the Yale Golf Course, and different campus greenhouses allowed the team to test their products.  The Yale Entrepreneurial Institute housed the company and helped support it in a number of ways. Mentors played a crucial role as the people to lean on and learn from.

“The Sabin Prize was a game changer for us” reveals the co-founder of Encendia. “It not only provided an immediate financial boost, but was also a validation of the path and direction we were taking”.

In Justin’s opinion the value of starting a company is immeasurable, independent of whether it succeeds or not. Encendia Biochar started operations in 2010 to soon find out that cleantech investors were very hesitant to support a nascent technology with compounded market risks. Besides the challenge of raising money, the team had difficulty striking a balance among different aspects of the business.  While the company ultimately folded, this experience provided valuable lessons.

“It should be a requirement to fail at least once while you’re at Yale. Failure is a tremendous growth opportunity.” The entrepreneur strongly believes that part of the innovation culture is the ability to learn from your mistakes and embrace failure as part of the process.

In the future he envisions more support for environmental and social ventures in helping them become investable and differentiated businesses.

“Start thinking of yourself as an entrepreneur while you are at Yale. The problems you see in the world are opportunities to develop solutions. Use the time and the safety net that school provides you. It is only when you leave that you will realize how precious they were” Justin advises.