The boy from Sierra Leone was 10 or 11 years old. He was quick to learn, though never formally schooled. William Warshauer (‘86 BA) met and befriended him while a Peace Corps volunteer in a village in the north of the country, and one day it hit him “full force between the eyes” that if their situations had been reversed—if Warshauer had instead been born in this remote village and the boy to an upper-middle class family in the United States—so too would their fortunes have been reversed. Insight into this “cosmic roulette set me on the professional path that I’ve been on ever since,” Warshauer said on September 17, presenting as part of CBEY’s GE Colloquium in Sustainability Leadership series.

Talent is universal, but opportunity is not, New York Times columnist Nicholas Kristof has written. Warshauer, who currently leads the nonprofit TechnoServe, strives to align the tremendous engine of business with social need in a way that universalizes opportunity alongside talent.

TechnoServe’s 1,500 employees work in 30 countries around the world linking smallholder farms to larger, often global, markets. The nonprofit is organized around three basic principles. First, they help farmers to see their operations as a business with costs and investments and, this way, develop essential business skills. “Helping people with information is the first thing we tend to do,” said Warshauer. Second, once a viable business plan has been drawn up, TechnoServe connects farmers with the investment they need—not by providing it directly, but by opening access to finance channels. Finally, TechnoServe works to establish market access, moving farmers up the value chain.  “It’s quite interesting in today’s world,” noted Warshauer, “that a small farmer in rural Ethiopia can actually end up doing a fair amount of business with a major multinational.”

For example, one recent partnership between TechnoServe, USAID, and Vodafone—one of East Africa’s largest cellphone and mobile banking providers—connected small farmers in Africa with agribusiness companies. Through their phones, farmers are able to communicate about which crops are ready for market, when; they can also transact sales over the phone, which secures their revenue stream. Most important, Vodafone paid for and built the whole system on its own with the recognition that this presented a solid business opportunity. The service now supports 30,000 small farmers and has outstanding subscriptions from 100,000; Vodafone aims to launch in seven more countries and reach a quarter million subscribers.[[{"fid":"1420","view_mode":"default","fields":{"format":"default","field_file_image_alt_text[und][0][value]":"","field_file_image_title_text[und][0][value]":""},"type":"media","link_text":null,"attributes":{"style":"height: 165px; width: 300px; float: left; margin: 10px;","class":"media-element file-default"}}]]

“This is catalytic work,” Warshauer said. “We’re launching something that makes sense on straight commercial terms.” Throughout his presentation he was careful to distinguish the work of TechnoServe from charity; TechnoServe does not give anything away. It’s tempting, Warshauer admitted, to provide fertilizer for free to a farmer for three years. But the potential problem is obvious: what happens after three years? “The old ‘teach a man to fish’ adage—we take that seriously,” he said. If all goes well on TechnoServe projects, they disappear from the equation after a few years.

Founded nearly 50 years ago, TechnoServe today finds itself at a particularly interesting moment. Warshauer first pointed to mounting “public sector hunger” for public-private partnerships. Second, while many corporations once used investment in developing markets to burnish their images, they are now seriously and strategically funneling money into opportunities where business imperatives intersect social needs. “I believe we’re at a tipping point around shared value,” Warshauer said. While TechnoServe once partnered with satellite divisions in many companies, today they work directly with heads of procurement and CEOs—where the money is. “That’s a profound and powerful change,” Warshauer said.

Moving forward, TechnoServe is sorting out how to make a strong business case for climate-smart agriculture: why should companies invest specifically in crops that are resilient to a shifting climate? They are also looking into opportunities around staple crops, rather than cash crops, and are simultaneously turning to complicated demographic questions. “Gender is a multifaceted issue,” said Warshauer, and TechnoServe is working to get “more women into these value chains.” The same holds true with the ballooning generation of youth. Finally, the organization recently received a grant that will allow them to look at projects they haven’t been involved with for five years. The animating question: was the progress they helped broker sustained over these intervening years?

In sorting out the more difficult questions like this, Warshauer remains steadfast, resoundingly clear in his message to both corporations and development interests. “Foreign investment has far outstripped aid flows for some time now,” he said early in the presentation. “The action is, and will be, around business and investment.” 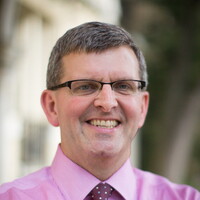