Turkey’s Garanti Bank recently joined the webinar series Carbon Pricing: Gaining a Competitive Edge in a Climate-Constrained World to discuss its experience as one of the country’s first banks with an internal carbon price. This price helps drive the bank’s strong and growing renewable energy portfolio. Given Garanti is the most valuable bank in Turkey, with total consolidated assets of US$91 billion and a market capitalization of US$8 billion, their actions have proven a potent signal: their stakeholders now approach Garanti for advice on the latest developments in sustainability.

During the webinar, Garanti’s Sustainability Supervisor Ceren Solak Yılmaz and Sustainability Manager Derya Özet Yalgı spoke with Cary Krosinsky, Lecturer in Sustainable Finance at Yale University, about how Turkey has experienced firsthand the risks associated with large infrastructure projects. In addition to the reputational risks posed by public backlash, some environmental and social risks have turned into explicit financial risks.

Currently, there is no mandated carbon price or tax in Turkey, but “We are thinking that a possibility of a carbon tax and other mechanisms are on the way.” Yılmaz said.

In 2014, Turkey passed a Greenhouse Gas Emissions Measurement, Reporting, and Verification (MRV) Regulation. The first reporting cycle started in 2017. These regulations are expected to significantly standardize corporate carbon accounting. Turkey’s being a signatory to the Paris Agreement represents another step toward nationally mandated carbon regulations. The country has not yet ratified the Agreement but it is involved in negotiations to establish acceptable terms.

Garanti uses three carbon-pricing approaches to prioritize low-carbon investments. First, it diminishes the profitability of fossil fuel investments through sensitivity analysis by increasing the cost of natural gas and the cost of coal in the mid- and long-term. Second, the bank uses an Environmental and Social Risk Management System to evaluate the non-financial risks of carbon-intensive projects. Finally, Garanti applies a shadow price of carbon to project finance transactions in electricity generation. (That is, it includes a price per ton of carbon in financial analyses.)

Currently, Garanti applies a price of US $5-10 per tonne of CO2 equivalent. Through collaboration with outside institutions, the bank established future carbon prices for after 2020, namely US $22 for 2020, $48 for 2025, and $74 for 2030. To determine the price level, Garanti benchmarked industry peers, monitored the European Union Emissions Trading Scheme and tried to integrate the social cost of carbon. The bank builds flexibility into these prices based on Turkey’s regulatory situation. It also adjusts the shadow price in jurisdictions where a regulated price already exists.

Garanti’s carbon price is limited to project finance, and the bank sees several challenges in extending its application. For example, long-term climate transition risk is not relevant to two-year corporate loans, while quantifying climate change risks for sectors other than energy requires the complexity of integrating upstream risks.

Rather than building carbon pricing into corporate and commercial loans, Garanti plans to implement carbon pricing at the portfolio level. The bank has been part of the study conducted at BBVA Group level to identify the sectors with the highest climate risks. From there, Garanti has adopted the Sector Norms issued at BBVA Group level. Garanti is looking into scenario analysis in line with recommendations from the Task Force on Climate-related Financial Disclosures (TCFD), with hopes to eventually integrate its use for improved climate risk mitigation.

Garanti’s 2015 Climate Change Action Plan established a 2020 pledge for a minimum of 70% renewables in project finance transactions. Even at the current low price of US$5-10, the bank’s shadow carbon price has been influential, with an average impact on project earnings before interest, taxes, depreciation and amortization (EBITDA) of 35%. Driven by these results, Garanti has exceeded its commitment and achieved 100% renewable energy in greenfield project finance each year since 2014. The bank also maintains a 30% share in Turkey’s operating installed wind power capacity.

Internal and external capacity building, said Yilmaz and Yalgi, is key to driving changes within the bank and across the Turkish financial sector. Internally, Garanti hosts workshops to raise awareness about the bank’s sustainability strategy. It has implemented a communication strategy including which the CEO expresses to all 20,000 employees in Turkey his support for the bank’s sustainability commitments via emails and a series of videos. Externally, Garanti organizes sustainability and risk management workshops for corporate clients in energy and infrastructure.  It is also the head of the Sustainable Banking and Finance Working Group under the United Nations Global Compact Network Turkey. There, the bank helped develop a Sustainable Finance Declaration, which was recently signed by seven banks representing about half of Turkey’s banking sector.

A number of challenges exist, though. Finding a common language across disciplines remains difficult. There is a need for individuals who understand financial, environmental, and social perspectives equally well; there is also a need for experts who can evaluate climate change impact on credit risk. Furthermore, although Turkey’s MRV regulation is a step in the right direction, many companies still do not measure or disclose carbon emissions. There is particularly a low level of awareness among small- and medium-sized enterprises (SMEs), which rarely assess their climate-related risk. Broader challenges include the ongoing struggle to determine the true cost of carbon. Current price levels range from less than US $1 to US $140.

As the first commercial bank in Turkey to adopt environmental and social risk management, Garanti initially faced resistance from the market, especially on implementing higher E&S standards. Today, the bank is positioned as a trusted advisor and expert on the competitive advantage of sustainability. Garanti’s experience is a leading example of how proactive integration of sustainability considerations and carbon pricing in business strategy can simultaneously drive positive societal change and improved market position. 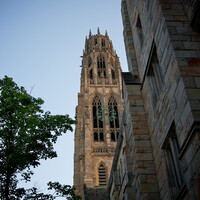