New technology can change the course of history. In 1769, Scottish inventor James Watt created an improved version of the steam engine, which enabled humankind to power manufacturing and transportation on a previously impossible scale. It was one of a series of innovations that sparked the Industrial Revolution, and over the next few centuries, people became more prosperous, more numerous, and more connected with one another. These developments were largely beneficial, but they came with costs, one of which was environmental degradation. The steam engine is powered by combustion—usually the burning of fossil fuels—which has led to global warming and local air pollution.

Now that we as a human species better understand our impact on the planet, how can we use technology to actively catalyze environmental sustainability, rather than continuing to strain the world’s limited resources?

We don’t really have a choice. We need to support a growing population with an increasing quality of life, and current technologies and resources won’t sustain those changes.

This past fall, I attended Greenbiz VERGE, a conference in Oakland, California that brought together professionals and thought leaders at the interface of technology and sustainability. The attendees represented a range of groups: big companies, small companies, start-ups, governments, civil society, and academia. The tone of the conference was one of future-focused optimism, which is something that’s in high supply in and around Silicon Valley, much more so than on the East Coast. Conversations at VERGE revolved around new products, services, and systems that could redefine energy, transportation, and the use of materials, making a better future possible and attainable.

Personally, it’s hard for me to let go of my New England cynicism and ever-skeptical realism, but at VERGE, it was hard not to get swept up in cautious optimism. From attending sessions and talking with participants, I noticed two major trends that could shape the future of environmental progress:

I’ve been thinking about these two concepts now, three months after the conference, because they tie directly to current opportunities for students here at Yale, both organized by CBEY. Yes, this blog post is a bit of a plug, but it’s an important one.  Students can get a crash course in data analytics through the Data for Impact 101 Intensive, and they can come up with bold new ideas to solve climate change through the Climate Change Solutions Generator.

Applications for both are due TODAY (January 28)!

Technology is often associated with hardware—new gadgets and gizmos that make life easier—but many of the most important developments are far less concrete, particularly in the field of data science. Over the 21st century, we have vastly expanded the amount of data that we collect, which is partly a result of having internet-connected computers in our buildings, vehicles, skies, and pockets. We’ve also expanded our capacity to analyze data and derive useful information. Two key buzzwords popped up a lot at VERGE: blockchain and artificial intelligence. Both are essentially tools for making better use of data. Blockchain enables reliable sharing and recording of data without a central authority, and artificial intelligence enables computers to process massive amounts of data without human intervention. As data science continues to rapidly improve, we’ll have a growing potential to make better decisions and design smarter systems, allowing us to use energy and other resources more efficiently.

Yale students who are interested in applying data science to social and environmental problems can apply for the Data for Impact 101 Intensive, a collaboration between CBEY and the Tsai Center for Innovative Thinking at Yale. This fast-paced four-session course will build skills in programing, analysis, and visualization, accompanied by discussions on ethics and lessons from practitioners in the field.

Many of the most promising solutions at VERGE came from early stage companies. Each day, start-up founders would get up on the main stage and pitch bold, world-changing ideas: batteries that interact autonomously with the grid to save energy, portable chargers for electric vehicles, material information woven directly into clothing for easier reuse. I also heard about partnerships among start-ups, governments, and large companies to achieve big changes like electrifying air travel or exponentially improving the potential for battery storage. Solving environmental challenges, particularly climate change, will require new ideas that break completely from the status quo, and there are many investors and partners looking to advance ambitious and imaginative projects.

Yale students who are looking to develop meaningful and innovative climate solutions can apply for the Climate Change Solutions Generator, which is an eight-week series of workshops that will support students through the process of hatching a new idea. Students will work with a community of passionate, similarly minded peers, while also learning from knowledgeable experts and experienced mentors.

For me, one of the most striking moments at Greenbiz VERGE happened during a panel on moonshots, big ideas that now seem impossible but which, with concentrated effort, might come to fruition within a decade—akin to the vision of putting a person on the moon in the 1960s. A representative from an aerospace company spoke proudly of plans for a network of drones and helicopters that could pick people up on demand from rooftops, like Lyft and Uber in the sky. The moderator responded with simple and critical question: “Why is that good?”

An on-demand air travel system might help reduce transit times, but it might also increase inequality, allowing the richest and most powerful people to avoid traffic while everyone else faces growing smog and congestion. James Watt couldn’t have envisioned the impact of the steam engine on planetary health, but today we’re much better prepared to think about the long-term and large-scale impacts of our technology. I’m glad that Yale is fostering an ecosystem of environmental innovation, because it will support a generation of forward thinkers who wonder not only “How is that possible?” but also “Why is that good?” And that’s exactly what the world needs. 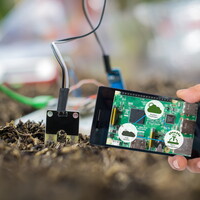 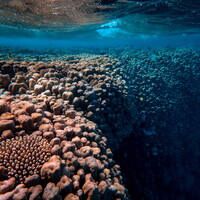