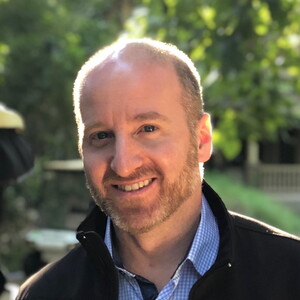 Dan Gross is a Lecturer at the Yale School of the Environment where he teaches two very popular courses on Renewable Energy Project Finance, both on campus and online with the Certificate in Financing and Deploying Clean Energy. You can read more about Dan here.

What is a SPAC?

“SPAC” is an acronym for Special Purpose Acquisition Company. At its most basic, it is a publicly traded company that exists for the sole purpose of acquiring (or technically merging with) another company and taking that private company public through the merger process. If you’re familiar with venture capital and private equity, you’ll be accustomed to thinking of an IPO as an exit. SPACs are different, because the IPO exit happens before you've even identified the target company! SPACs are sometimes called “blank check companies” because they are publicly-listed vehicles with a large amount of cash, just waiting to write a check in support of an acquisition.

A team of investors with a proven track record will lay out a strategy for the kind of company their SPAC is targeting for investment. They launch an IPO to raise capital, and then all of the money sits in a trust account and can't be touched by the investors until they have found a target.  Once they identify the right opportunity, they engage in classic due diligence and sign a merger agreement so that the private target will merge into the public SPAC.  Then the SPAC takes the business combination proposal to its shareholders for approval through a proxy vote process. All of the merger documentation is filed with the SEC, so it’s available for shareholders who wish to make an informed decision. Once a merger has been approved by the shareholders, if any shareholder don’t like the target, they have the right to redeem their shares. And because all of the cash is just sitting in a trust account, the SPAC is able to give back the same $10 price per share that shareholders paid in the original SPAC IPO.

So why are SPACs advantageous?

With a private equity fund or a venture capital fund, you need to have a certain amount of wealth to be able to invest because the minimum check size is going to be something like $250,000. Meanwhile, if you want access to investment managers of comparable quality to what you could see in venture capital or private equity, you can invest in a SPAC with only $10 to buy one share. SPAC investors include hedge funds, institutional investors, and even retail investors who participate through platforms like Robin Hood. So I would say they are more democratic in who can participate.

At first blush, it sounds sketchy to buy shares of a SPAC when you don’t even know what the target company will do. But it’s really no different than a “blind pool” investment in a private equity or venture capital fund in which the limited partner investors have no say in what the fund is going to do with their money. The major advantage of SPACs is liquidity and the ability for shareholders to get their cash back. With private equity or venture capital, you don't have the right to say no to an investment. If the fund approves the deal, investors cannot opt out, and investors need to be prepared to hold an illiquid stake in a fund for 8-10 years. By contrast, SPAC shareholders can sell their shares at any time. As a shareholder, if I don’t like the merger target, I have much greater control over my own destiny. Either “I like the deal based on what was disclosed,” or “I don't like it, and I opt out, and I don't lose any money. I lose the opportunity cost, but I am certain to recover the same $10 that I paid when I bought a share of stock in the IPO.”

Why are SPACs a particularly interesting mechanism in the context of clean energy? Why are they appropriate or relevant in the industry?

I’ve heard a lot of different explanations from different experts, but I'll give you the single reason that I think is the most significant. Based on SEC rules, in a conventional IPO of a company, the only financial information that you can provide are historical financials. This means that IPOs are largely limited to companies that have already achieved positive gross margin. There are definitely exceptions … biotech and a few other speculative sectors are able to access the IPO market. But as a general rule, the management and founders of a company have no means of providing forward-looking financials to the investment community, because it's not permitted as part of the IPO process.

As a SPAC is technically a merger with a company that is already public, the rules are quite different. When a public company takes a merger out to their shareholders for approval, the acquirer is permitted to provide forward-looking financial statements, so management projections can be shared quite freely. Why is this appropriate for clean energy? Because we're talking about a sector that is the future and not the past. For example, we may believe that hydrogen-based technologies will one day dominate our long-haul transportation system. But today, hydrogen companies are unlikely to have very robust earnings. However, if a hydrogen company has a credible path to revenue and profit - even if the revenue comes in 2024 or 2025 - it can share that path with the investment community in the context of a merger, but not in an IPO. SPACs are good for clean energy because clean energy is forward-looking. The growth path is a “hockey stick,” and I say that with a straight face because I am a believer in the future of the energy transition.

For a lot of clean energy companies, traditional IPOs are less attractive than SPACs because, in order to obtain a proper valuation in the market, they need to be able to tell their story of the future, not the past. In 2020, there was a long list of cleantech companies that went public through merger with a SPAC. Companies like Nikola, Luminar, Hyliion, Fisker, EOS and Quantumscape. All of them are stories of future growth, and I think SPACs will play a really important role in helping them scale faster now that they can access public markets to raise capital for growth and innovation.

What keeps investors safe from management teams who may have an unrealistically favorable view of the future prospects of their company?

There are a number of forces that keep SPACs in check. The first relates to professionalism and governance. Investors should only buy into SPACs with credible teams who know how to conduct proper diligence and structure a deal. It’s important to look at the independent directors on the board of the SPAC, as the directors have a fiduciary obligation to the shareholders, including what's called a “duty of care.” The directors can be sued if they don't live up to their fiduciary obligations.

The second reason is called a PIPE. In order to provide an additional level of comfort and trust that the SPAC has done its job before they present a merger for shareholder vote, virtually all SPACs will line up a PIPE -- that’s another acronym for Private Investment in a Public Entity. The SPAC goes out to a group of institutional investors, insurance companies, pension funds, sovereign wealth funds, and says, “We’d like to speak with you about an opportunity, but we need to provide material non-public information. If you want to learn more, you have to agree not to trade our stock.” Assuming they wish to proceed, the SPAC shows them the terms of the merger and offers the opportunity to buy the stock of the SPAC at the same valuation as the target company in the merger agreement. This basically serves as an endorsement of the SPAC’s due diligence and valuation process. So individual shareholders can see that not only did the SPAC founders say that this is the right company at the right valuation, but on top of that, insurance companies, pension funds, sovereign wealth funds have also said, “I've done my homework. I agree with the valuation. I'm putting my capital at risk at the same price as you, the public shareholders.” So that dual layer of protection of an independent board of directors and a PIPE gives tremendous comfort.

What has been your involvement with the intersection of SPACs and clean energy?

These days, I am doing some work for a SPAC whose ticker is CLII. The company name is a mouthful: “Climate Change Crisis Real Impact Acquisition Corporation.” There are three co-founders: David Crane, who was CEO of NRG, a major energy company; Beth Comstock who was Vice Chairman of General Electric and the leader behind GE Ventures and Ecomagination (when GE bundled all of its green technologies under one umbrella); and John Cavalier, who was the head of the energy group and Vice Chairman of investment banking at Credit Suisse. John was also one of my business partners in the private equity fund. So the three of them decided, “We're credible investors. We have deep industry expertise and an ability to originate investment opportunities. We are committed to fighting climate change. So let’s go raise the first-ever climate SPAC.” They invited me to head transaction execution, leading the mechanics of the IPO and subsequent business combination - which means that I lead the due diligence, documentation, structuring, and valuation of the merger. In assembling a team, we hired two former joint-degree students from the Yale School of Management and the Yale School of the Environment. One of the independent directors for our SPAC is Richard Kauffman, who teaches an awesome course called Financing Green Technologies at the School of Management and the Innovation course in Yale's Certificate in Financing and Deploying Clean Energy. Coincidentally, one of the people on my team at the SPAC was a teaching assistant for Richard and also a teaching assistant for me.

So there’s a growing army of Yale alumni and faculty trying to harness financial innovation to drive progress in clean energy and carbon-friendly technologies. If you’re interested in becoming involved in the future of energy finance, Yale's Certificate in Financing and Deploying Clean Energy definitely puts you on a path to develop the right skill set.