Yale’s Feasibility of Renewable Thermal Technology initiative (FORTT), which is developing financial models and strategies to advance renewable thermal technologies in Connecticut, recently formalized partnerships with Eversource and The United Illuminating Company (UI), the state’s largest electric utilities. “Along with the Connecticut Green Bank and the Department of Energy and Environmental Protection, these are the two most important partners we could have,” said Helle Gronli, who directs the project.

Through comprehensive research and analysis of renewable thermal prospects across Connecticut, FORTT is clarifying the role that thermal technology could play in the state’s aggressive greenhouse gas reduction targets. Initial partnership with the Green Bank brought strong financial expertise into the project; the new partnerships with Eversource and UI add deep engineering knowledge to the effort. In addition, with these partners signed on, all market participants needed to develop renewable thermal financial incentives are now involved.

“From our end, we saw an opportunity to create a much better product,” said Patrick McDonnell, the senior director of conservation and load management at UI. “This effort is giving us insights into new cost-effective methods for meeting customer demand.”

At Eversource, a similar motivation led to the partnership “We were already investigating some of these technologies,” said Matthew Gibbs, Eversource director of energy efficiency. “And this project helped accelerate and broaden the scope.”

Both Eversource and UI joined the project in November of 2015.

The hope is that FORTT represents the beginning of long-term and lasting change to the renewable energy market, establishing new financial mechanisms that can be piloted and monitored across the state. “Renewable thermal could be important for advancing the state’s efforts to achieve our climate goals,” said Jeff Howard, an environmental analyst at the Department of Energy and Environmental Protection. “The more of our thermal load we can shift to renewables, the better.”

FORTT is currently conducting field interviews on renewable thermal technologies, with the hope of releasing a statewide analysis by the end of May. Learn more about the project at cbey.yale.edu. 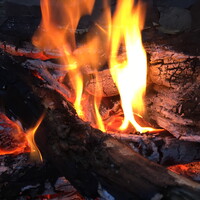