Pay for Performance (PFP) Bonds, also known as Pay for Success Bonds or Social Benefit Bonds, have been gaining significant traction during the past several years as a way to entice private capital to help address challenging social problems. There have been eight PFP deals in the United States so far – with $80 million invested.

To date, these financial instruments have focused on social outcomes like improving education and reducing juvenile recidivism. Now, a group called Blue Forest Conservation is exploring one of the nation’s first environmentally-focused impact bonds. A panelist described this bond last week at the Social Capital Markets Conference (SOCAP15).

Here’s how PFP deals work. At their core, these instruments allow private investors to fund a certain social intervention and earn a return based on its success. The major innovation, in addition to filling a funding gap for budget-constrained government entities, is that these financings shift the social spending paradigm, allowing governments to pay for results instead of services. This ultimately shifts the risk of a successful intervention from taxpayers to private investors, who are compensated for this risk.

However, these bonds, while operating over fixed periods of time, do not offer fixed rates of return; the returns depend on whether social outcomes are reached. The first Social Impact Bond was launched by Social Finance UK in September 2010 to fund a prisoner-rehabilitation program.

In August 2012, the first social impact bond in the United States was created to address recidivism among juvenile offenders in New York. Investors were only repaid by the government if the intervention helped formerly incarcerated individuals stay out of prison at predetermined rates. (In this case, the social outcomes were not met.) In February 2011, President Obama’s proposed 2012 budget stated that up to $100 million would be freed up to run Social Impact Bond pilot schemes. These instruments have also generated interest in Australia as well as several developing nations.

This attempt at an environmental-impact bond (called a Forest Resilience Bond) aims to measure and monetize the benefits of forest restoration in the western United States to provide a return to investors.

Why forest restoration? Much of the western United States has been exposed to serious wildfires during the past several decades. These fires have been exacerbated by above-average drought in many areas of the nation.

Spending by the United States Forest Service (USFS) to combat these fires has increased from 17 percent to 51 percent in just 20 years. Usually, these methods entail fire suppression, which leads to a lot of buildup and growth in forests that would normally burn up. USFS spending on fire suppression leads to less money for wildfire prevention, creating a vicious cycle that Blue Forest Conservation is aiming to disrupt.

This bond helps align the incentives of USFS and other beneficiaries, such as water and electric utilities, to share in forest restoration costs just as they share in benefits. These benefits include reduced fire severity and augmented water flow. Investor capital is raised to fund treatments that are in line with USFS policy upfront to restore forests to a natural state so that they are less susceptible to these fires. It’s a preventative approach. The bond then uses pay for success contracts that enable the multiple beneficiaries to repay investors with a portion of the independently measured and verified results.

“What is a challenge for the USFS could be potentially a multi-billion-dollar opportunity for investors,” said Zach Knight, co-founder and managing partner of Blue Forest Conservation. “By harnessing this opportunity, the Forest Resilience Bond has the potential to scale forest restoration in the areas where it is needed most.”

In California alone, Knight’s team is aiming to take a watershed-by-watershed approach in an effort to deploy over $1.5 billion for forest restoration. Investor return comes from a combination of increasing and monetizing greater water yield, increasing the provision of hydroelectricity due to greater water flow, and reducing the costs of fire suppression. There are also tangible social benefits including job creation and reduced risk of property and crop damage in wildfire-prone areas.

What’s exciting about pay for performance instruments is their applicability to a wide range of environmental and social problems. These models shift the risk of solving these issues from taxpayers to private investors. They also allow for the more efficient use of public capital; the government pays only if outcomes are achieved.

The federal government is also seriously considering more support as the popularity of these investment vehicles continues to increase. On March 4, 2015, the bipartisan H.R. 1336 (the Social Impact Partnership Act) was introduced. If passed, this bill could provide $300 million of federal government funding support for pay-for-success investments.

This article is part of an online publication produced in partnership between the Yale Center for Business and the Environment and the Conservation Finance Network. The new website for this publication is slated to launch in January 2016. 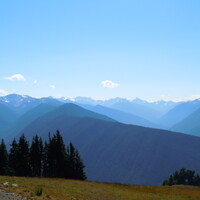