Vincent Stanley isn't new to Patagonia, or to the Yale campus.  The nephew of Patagonia's founder, Yvon Chouinard, Stanley is the outdoor company's longest-serving employee, and since his visit to campus last year to discuss his book (written with Chouinard), "The Responsible Company," he has been instrumental in helping CBEY find effective ways to explore sustainability marketing and corporate social responsibility.  Stanley was back on campus on September 23 as a part of the Colloquium on Sustainability Marketing and I had the opportunity to sit down with him to talk about what drives Patagonia's decision-making, as well as the roads he's excited for the company to travel.

​A: I think in some ways environmental harm and business skills are related now. It's interesting how things will come full circle.  The reality of climate change on everything that we grow, drill for, or mine, and the certainty of adverse environmental impacts effects everything that's done in business.  You know, business often wants a rather stable environment and it can't have one right now.  Also the pressures since I started in business have increased from customers and NGOs to actually do the right thing.  Businesses primarily try to organize themselves to sell one product or one group of products, but that is kind of a luxury, because although the business still has to do that, what the business wants to do can be disrupted by technological change, and it can be disrupted in big changes in the supply chain as we look down the road to climate change.

I think that this is a very interesting time to be starting out.  It's going to require critical thinking skills and the ability to be fairly nimble, to work for people, especially for people in business school, I think the Steve Jobs model of a kind of brilliant top down management is probably not going to be as useful as the model of getting your people doing the work to be involved in business improvements.

Q: Going back to what brought you to Patagonia, what do you think you came into Patagonia with that made you a good fit for what you've ended up doing?

A: In Patagonia's case, I was a good fit because I didn't know what I was doing.  When I started, there were ten of us and the business did $200,000 a year, but the interesting thing about the company was that most of the people there were climbers and surfers.  They had a strong feeling for the equipment they were making and also a strong feeling for the environment.  Those qualities carried over to the point where now the company is $600 million and has 1800 employees.  But, I think the fact that I wasn't totally formed, I was kind of a 60's rebel when I joined the company like the other people, I more or less fit in and was able to articulate some of the feelings and thoughts of the people there and that became my role.   So that's something that's transferable.  I was unemployable, so I was good at Patagonia.

Q: I'm always interested in how an organization goes from the startup phase to actually being a durable company, especially one that has such brand loyalty like Patagonia.  Are there things that you think are unique to Patagonia that helped you make those steps?

A: I think there were a couple things.  We founded ourselves with a big enough idea that we were able to develop that over time, that idea of layering for clothing and the outdoors, so we were able to branch out in the product line to different sports.  The second thing that's made Patagonia successful is a very strong ownership.  With the Chouinards, Yvon had a strong interest in making the best product he could and innovating everything that he put his hands on and Melinda was very brave about doing things like instituting child care before any company in California really did that.  But, the other thing that I think that's helped us survive, and there were lots of points where we might not have survived, has been the engagement of the middle level employees who work, and the passion of people working there.  Also, to some extent, I think that our environmental commitment has kept everyone awake, because there's a sense that we are in a leadership position.  We're looked to by our customers and by other businesses to do certain things and so we haven't ever developed a necrotic management style where everyone is kind of asleep and just doing what the did last year.  It feels relatively unstable.  There's an internal tension to do things in a different way than we've done before, and a tension to meet the challenges of reducing the environmental harm of our products.  Certainly changing the way we relate to customers in terms of consumer products.

Q: Do you see your early commitment to environmental sustainability having helped you stay ahead of the outdoor industry?

A: This is important for people who are starting out is that we didn't actually start out with a commitment to environmental sustainability.  We started out with a commitment to saving the places we loved, the places we went to climb, the places we went to ski.  We had the urge to preserve them.  Everything else that happened, happened gradually, with one step leading to the next.  We really didn't even think about the environmental implications of what we made until we had been in business for 20 years.  Then once you start down that road and you have some successes, you build confidence and you can go to the next step, but that really involves quite an internal struggle and debate about whether what you're undertaking is actually good business move or if it'll harm the business.  It's not easy, but I also don't want people to assume that we started down the environmental path right when we started in 1973 and we ended up where we are now.  It really was a kind of organic development.  We learned from our failures and the sense of knowing what not to do again and gained confidence from our successes and we knew that we could go on to another step after we had done organic cotton, recycled polyester, we could go onto something like common threads.

Q: Like you said, Patagonia's first environmental goal was to protect the places you loved to go adventuring.  Could you talk a bit about some of the initiatives you've started on the conservation front?

A: In the early 1980's, we decided to tax ourselves in order to help preserve the places we love, so we committed to setting aside 1% of sales.  That's before 1% for the Planet started, and we've been doing that for 25 or 30 years.  And what we did is concentrate on small grassroots organizations because what we found is that some of the big organizations, the big greens, had funding, but no one was really giving to the small groups.  Very specific organizations often run by between 2 and 7 people doing everything they can to galvanize public interest.  We actually started doing this before we did our environmental impacts.

This work is impossible to do without a lot of cooperation, so we started giving 1% of sales, but then Yvon cofounded, with Craig Matthews, an organization called 1% for the Planet and with three other big outdoor companies, we cofounded the Conservation Alliance, which is now a consortium of outdoor manufacturers giving a lot of money to preserve these places.

Q: I think of Patagonia as a durable brand based on quality and innovation.  In what sectors do you see there being a need for the next Patagonia?  Someone coming out of FES and SOM doesn't want to reinvent the wheel.

A: I think there are opportunities in several areas.  One is obviously energy.  Others are agriculture, small business.  You know, there's a lot going on in small businesses around farm to table, microbreweries and local energy sources, but most of these businesses are being run by people who are very impassioned and have an entrepreneurial spirit, but I think there's a some space to scale up to middle level and that's something that people with the training they get here at Yale might be able to help with.

Q: Are there companies outside of the outdoor industry that you admire?

A: Yeah, there are a lot.  And I may admire some things about a company while not admiring everything about them.  Someone was telling me that Dunkin Donuts for example really buys fair trade coffee but they're afraid to talk about it because they don't think their customers are going to respond.  Some companies do things that are virtuous, but they don't talk about it because they don't want to be knocked for some of the things that they do that are not so good.  I remember years ago when Gap and Levi's helped keep organic farmers going by putting organic cotton content into their clothes and not advertising it at all.  We became a B Corp and there are a lot of businesses engaged in that, mostly on the smaller scale.  Nike is a company that took it on the chin in the 90's for its labor practices and is really a kind of strong leader environmentally.

Q: In terms of marketing around responsible consumerism, what do you think have been your most and least successful campaigns? A: I think for us there's a difference between a campaign and an initiative.  Our shorter campaigns like "Don't buy this jacket," which was really a one-off, we took one ad in the New York Times and got a lot of attention for it, but that ad was really intended to support our Common Threads program, and really introduce the concept of a business saying to its customers "let's work together to reduce unnecessary consumption."  I can think of lots of places where we've committed to something and then run into challenges, like with Common Threads, where we committed in 2005 to take back any product we'd ever made by 2010 to be recycled and we've had to check things out after a couple of years to say "hey, we're not making the progress we wanted" and we've had to regroup and reframe, but there aren't that many things where we've actually retreated on something entirely.  We've of course had some product failures, for example we put this kind of nut on our organic shirts and they cracked in the dryer, so we had to recall all of the shirts and resew plastic buttons onto every shirt.  There are cases where we introduced what we thought were environmentally helpful fabrics that didn't perform as well as what they had replaced, where we had to retreat because we compromised the product quality.  To some extent it's still true that if you want to cause the least environmental harm, you make the best possible product that will last a long time.

The Colloquium on Sustainability Marketing at Yale sponsored by DEKRA aims to unravel and address the challenges of creating environmentally sustainable products, services and brands that customers love. 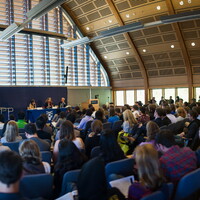 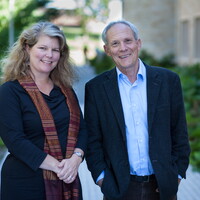