Ambition is a word we often hear when it comes to international policy conversations on climate, from the US’ 2030 GHG emission reduction target to the European Union’s 2030 Climate Target Plan and especially in the run up to COP26. After all, COP26 is the fifth Conference of the Parties after the historic COP21 in 2015, when the Paris Agreement was adopted, which not only required countries to come up with their Nationally Determined Contributions (NDCs) but also tasked with enhancing the ambition of their plans every five years hence.

And we’ve seen some effects of that ambition. Costa Rica might be the prime example here. Having recently won the Earthshot Prize, Costa Rica announced their latest NDC with enhanced ambition in December 2020. The country has achieved almost 100% renewable energy and has a moratorium on fossil fuel extraction. Costa Rica has also implemented a Payments for Environmental Services Program, the first of its kind in the region, which has already helped more than 18,000 families by directly paying landowners for the environmental services their lands produce when adopting sustainable land-use and forest-management techniques. A clear case of taking bold, innovative action driven by ambition.

And throughout Day 3 of my time at COP26, I heard stories that made me ponder the role of ambition in innovation.

At the Japanese pavilion, I met a YSE alum who is the CEO of Blue Sky Analytics – with the ambition of becoming the Bloomberg of environmental data. I was excited to meet Abhilasha in person. I’d only ever spoken with her over Zoom and email, and as a fellow Indian woman engaged in environmental innovation, I was curious to hear her perspective on what some emerging trends were, and how her work was progressing.

My biggest takeaway from the conversation was that to innovate we must be ambitious about the scope of the problem we want to address. Rather than just looking at a very specific problem, there is value in also understanding how that connects to the larger picture and the rest of the world.

After this conversation, I wanted to see ambition in action. Several side events were closed to an in-person audience, with only organizers and speakers allowed into the room. This meant that I had to find a good spot to stream the event I was interested in on the COP26 online platform, and I knew the perfect place, quiet and high above all the hubbub of the continuously overflowing Action Zone. 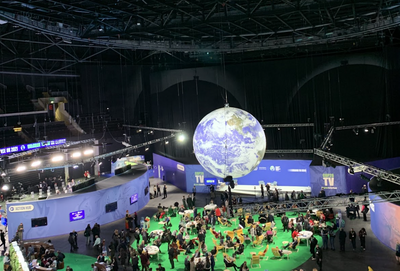 The event was titled ‘No pot of gold for community adaptation and system resilience.’ Speakers on the panel talked about the inadequate share of climate finance that countries most vulnerable to climate change are able to access. They also spoke about the increased need for finance for climate change adaptation and resilience, a topic I’ve seen often humbled by mitigation. Health came up as something inextricably linked to climate change, and how women and girls are often the most vulnerable to climate impacts. An interesting project that was highlighted as a response to the priority areas in the field was one based in Rukiga, Uganda.

The project is a new kind of partnership between environmental and health groups - the International Crane Foundation, the Margaret Pyke Trust and local Ugandan hospital Rugarama - with the ambition that better community health means better environmental health.

As I finished streaming the event, my mind still on the importance of looking beyond specific disciplinary problems to create solutions that connect with other parts of the system, a flurry of sudden WhatsApp messages on the Yale COP26 group chat caught my attention. Greta was at an event at one of the pavilions! I made my way briskly towards that direction, not quite sure what I was expecting to do once I got there.

Greta was there and I wanted to see her, meet her, tell her what an inspiration she was to a generation of folks committed to fighting the climate crisis. Of course, news spreads fast, and on my fairly long sprint to the pavilions, several others had the same idea that I did.

As I got to within ten feet of the Nature+ pavilion, where she was rumored to be, security had materialized quickly, restricting access to the gathered throng, all craning their necks to catch a glimpse. I realized that it was a futile attempt, and I made my way to the nearby Australian pavilion, to catch my breath and make the most of the barista the delegation had stationed there.

My mind went back to my earlier thoughts on ambition. Young climate activists had done what others with far more power had taken so long to do. With their relentless drive and the ambition to demand action now, they’d brought together a generation of people committed to taking action and demanding change.

So there is a case to make for ambition when it comes to innovation, with the understanding that merely setting a goal isn’t enough. The next step from ambition is taking action to look outside the immediately apparent problem and digging deeper to figure out what the real problem is. Taking inspiration from climate activists and the folks in Uganda, I encourage you to think about mapping out a system to see how individual actions connect to impact when you’re thinking about a problem. Take a class you never thought you would, maybe you’ll discover a new way of thinking that may help you expand the definition of ambition. 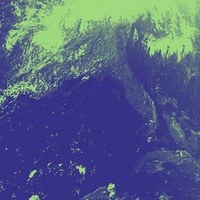