In 2007, Peter Boyd found himself with Richard Branson and a group of CEOs at Virgin informally discussing global issues that entrepreneurs ought to tackle. Climate change arose repeatedly. “We all thought it was something that we should be getting hold of as an entrepreneurial community, and as a business opportunity,” said Boyd, who at the time was CEO of Virgin Mobile South Africa. So after a solid decade working at Virgin, and with no direct environmental experience, Boyd embraced a new career: Launch Director and Chief Operating Officer at the Carbon War Room, which advances large-scale business solutions that reduce carbon emissions.

“I don’t remember ever seeing a big departure from my current job which looked interesting and exciting, and not taking it,” said Boyd of his work history. This habit, it seems, started after he graduated from Oxford University and set out westward—the U.S., Cook Islands, Australia, Singapore, the Trans-Siberian Railroad. He circumscribed the world over the course of a year. Most recently, in another promising departure, he reduced his advisory role at The B Team to focus on his independent consultancy and entrepreneurial start-up. As part of this new venture he has become a CBEY Executive Fellow.

In this role—which has been informally titled by some as Mischief Maker, or Associate for Thinking Things Differently—Boyd guest lectures in select courses, helps accelerate social and environmental entrepreneurship across campus, offers career advice for students, and hosts a new “Net-Zero Think Project” discussion group, which gathers students from disciplines across the university to talk about achieving a net-zero economy.

From his work in public, private, and nonprofit sectors, Boyd has come to believe that “change only happens when these three sectors are all working on the same problem, albeit from different perspectives,” he said. Fortunately, he finds this conviction heartily reinforced through his work at Yale. “What I love about coming here is the energy, passion, intelligence and lack of silos,” he said. “As an institution, the university feels particularly well-suited to solving society’s biggest problems, and I’m excited to help in whatever way I can.” 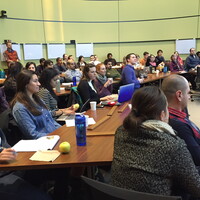 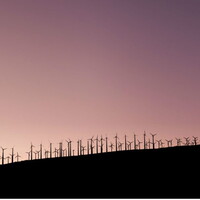 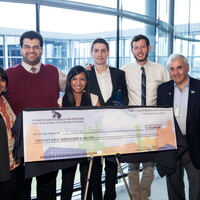