Will 2015 prove to be a historic year for climate and sustainability? There is reason to hope, according to Peter Bakker, president and CEO of the World Business Council for Sustainable Development. “The spirit of cooperation that has opened up is truly new,” he said, pointing to the engagement of business leaders in discussions around the United Nations Framework Convention on Climate Change (COP21), which has traditionally only involved negotiators representing nations.

Bakker spoke as part of a discussion, “Pope, Paris, and the SDGs: What’s Driving Business to Act on Climate Change Now?” presented by the Yale Center for Business and the Environment on September 23. The panel was moderated by Brad Gentry, the director of the center, and also included Frances Beinecke, the former president of the National Resources Defense Council and a scholar at Yale; Pavan Sukhdev, an environmental economist and CEO of GIST Advisory; and Mary Evelyn Tucker, a scholar of religion and the environment at Yale. 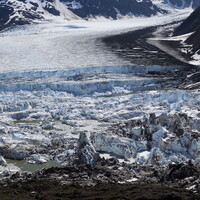