The splitting of the atom is arguably one of humanity’s greatest technological achievements. The atom was long thought to be the smallest possible unit of matter, its name deriving from the ancient Greek for "uncuttable." Then, in the early 20th century, scientists found a way to divide large atoms by bombarding them with wayward neutrons, releasing a colossal amount of energy. Not only can this process generate large amounts of heat and power, but it can do so without emitting climate-warming gases. 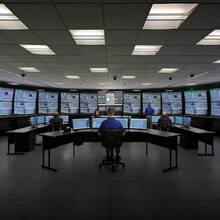