A new in-depth report on the electrical vehicle (EV) market suggests that states interested in boosting EV adoption rates should support the purchase of cars before investing in charging stations. With more EVs on the road, the private market will build infrastructure.

For EV supporters, this has long been a “chicken-and-egg” policy question: where should the money go first, cars or infrastructure? By comparing the funding model in New York, which ranks 25th nationwide in new EV registration, against those in Georgia and California, two states with leading rates of EV adoption, the researchers helped bring clarity to this debate.

“It’s not at all clear that states funding public chargers is a good policy for growing EV adoption, especially when 90 percent of charging happens at home and market participants are building chargers in states where the government hasn’t done so,” said Eitan Hochster, a researcher at the Yale Center for Business and the Environment and one of the report’s authors. “What is clear is that high usage rates—having more EVs on the road—is necessary to make installing chargers profitable.”

Though the demand for EVs has undergone impressive growth in recent years—a 128-percent jump in sales between 2012 and 2014—it remains a tiny fraction of the total United States automobile market. A number of states are working to accelerate adoption and expand capacity.

New York, for instance, along with seven other states, signed the Zero Emission Vehicle Action Plan in 2014; together, these eight states are committed to a goal of 3.3 million EVs on the road, with adequate charging infrastructure, by 2025.

“States are making big EV policy choices across the United States,” Hochster said. “Georgia is cutting its successful EV credit program. Pacific Gas & Electric is requesting $650 million to build chargers in California. It’s important now to look at the data on how public chargers affect EV purchases and how the economics of these chargers actually work.”

When the Nissan Leaf dropped its prices in 2013, for instance, a $1,000 drop translated into a 35 percent increase in demand. There was no clear relationship between the density of public EV charging stations and the number of EVs in that area. State tax credits for EVs, along with secondary benefits like access to high-occupancy vehicle lanes, could go a long way toward boosting adoption.

Importantly, the timing of incentives is essential to their influence: upfront sales tax waivers have been shown to be 15 times more effective than tax credits that kick in later.

The researchers acknowledge that, despite these findings, public EV infrastructure is still necessary. But this should be funded through smart policies, like state-provided low-cost financing, simplified permitting and building codes that require hardware for EV charging, rather than direct subsidies.

“True scale is only possible with wise policies to encourage network development,” according to Jeffrey Schub, executive director of the Coalition for Green Capital, who helped develop the report. “But if policymakers can get this right, the growth potential is huge, as more consumers recognize the economic benefits of EVs while concern about charging station cost and availability fades away.”

Read the executive summary at the Clean Energy Finance Forum and download the full report. 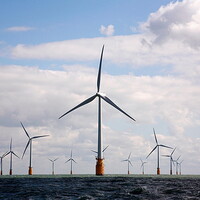 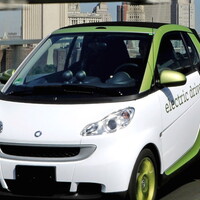 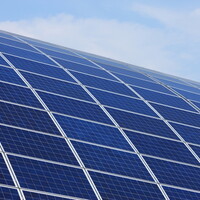