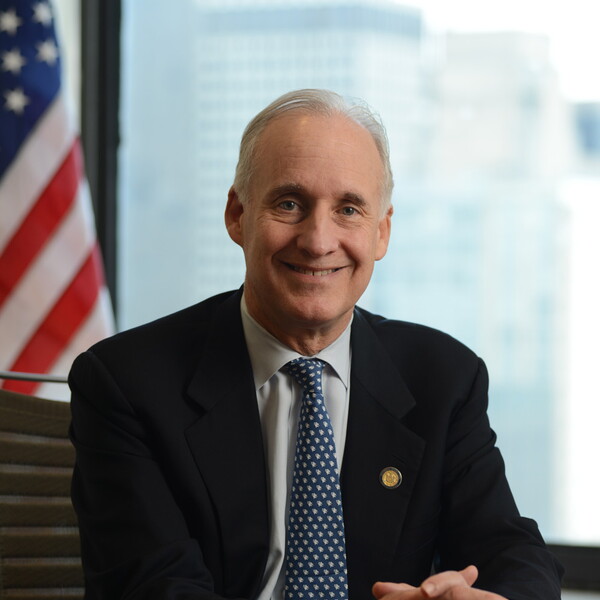 At Yale, Mr. Kauffman teaches two courses focused on clean energy, Financing Green Technologies at the Yale School of Management, and Innovation, a core course of the Certificate in Financing and Deploying Clean Energy.

Prior to joining the administration, Mr. Kauffman worked in energy and finance at some of the nation’s highest levels, most recently serving as Senior Advisor to Secretary Steven Chu at the U.S. Department of Energy. In his private sector career, he was Chief Executive Officer of Good Energies, Inc., a leading investor in clean energy technologies, a partner of Goldman Sachs where he chaired the Global Financing Group, and vice chairman of Morgan Stanley’s Institutional Securities Business and co-head of its Banking Department.

Mr. Kauffman has served as Chairman of the Board of Levi Strauss & Co., as well as on the boards of several organizations, including the Brookings Institution and the Wildlife Conservation Society. He is a member of the Council on Foreign Relations.

Mr. Kauffman earned a bachelor’s degree from Stanford University, a master’s degree in international relations from Yale University, and a master’s in public and private management from the Yale School of Management.