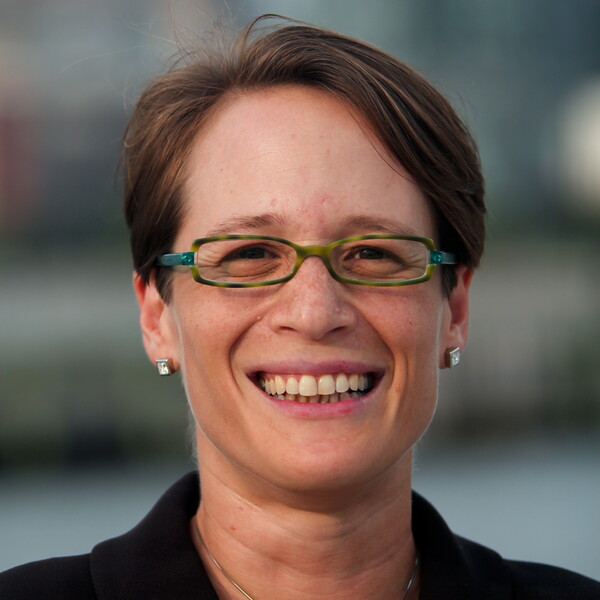 Christine Bader is co-founder of The Life I Want (thelifeiwant.co), a storytelling project with Eva Dienel reimagining a future of work that works for all. She is the author of The Evolution of a Corporate Idealist: When Girl Meets Oil (2014). From 2015-17 she was director of social responsibility at Amazon.

Christine's writing has appeared in The New York Times, The Washington Post, The Atlantic, Fast Company, Harvard Business Review, and numerous other publications. She has given talks to conferences, companies, and universities around the world, including a TED talk in July 2014.

After earning her MBA from Yale in 2000, Christine joined BP and proceeded to work in Indonesia, China, and the U.K., managing the social impacts of some of the company’s largest projects in the developing world. In 2006, she created a part-time pro bono project as advisor to the United Nations Secretary-General’s Special Representative for business and human rights, a role she took up full-time in 2008 until the U.N. mandate ended in 2011.

Christine has also served as a corps member with City Year, a special assistant to the New York City Mayor’s Chief of Staff and Deputy Mayor, and a teaching fellow in community service at Phillips Academy Andover. She is a life member of the Council on Foreign Relations and advisory panel member for Diversity in Sustainability.

For 2018-19, she lived in Indonesia with her family as part of the Green School Bali community. She now lives in McMinnville, Oregon, where she chairs the city’s Diversity, Equity, and Inclusion Advisory Committee.

Christine was named to the 2012-13 class of Donaldson Fellows, which recognizes Yale School of Management graduates “whose personal and professional accomplishments embody the school’s mission to educate leaders for business and society.”