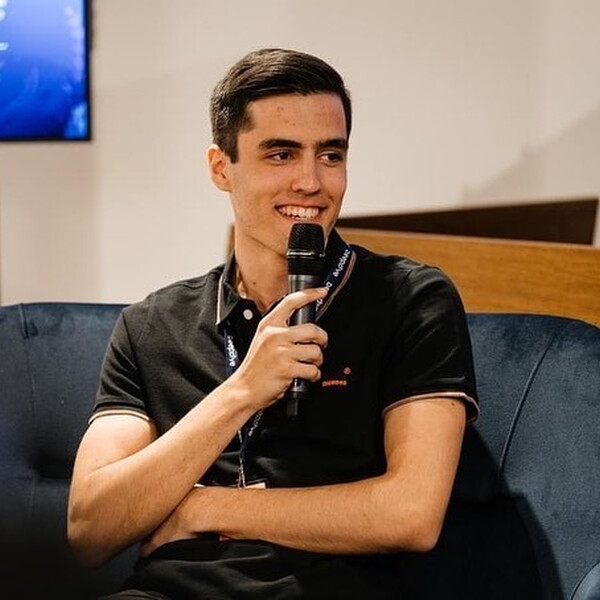 Bendegúz Dörnyei is an undergraduate student at Yale College, pursuing a double degree in Economics and Cognitive Science. He is mainly interested in social entrepreneurship and nonprofit leadership.

At the age of 15, Bende co-founded a project in his home country, Hungary, where he worked on reducing household food waste (usually +$150 / month / US household), and partnered up with leading European food wholesalers, e.g. Tesco and Metro. Later on, he started working on Skeebdo.com, a platform to teach English words for any level from more than 200,000 movies and TV-shows (compatible with e.g. Netflix, HBO Max, Disney Plus, HULU, YouTube, and many more platforms).

After he graduated from high school with the highest national distinctions, he founded Startup Maffia, a leading business-support nonprofit association in Hungary, and organized 43 free educational events for entrepreneurs with more than 165,000 participants in total during his presidency. After his acceptance to Yale, he turned the Association self-sustaining by electing a new board, and he remained in the association as a supervisory board member.

In 2021, he worked as co-director in the preselection and mentoring board of “Cápák között”, the Hungarian Shark Tank TV show, where he evaluated projects and prepared startups to pitch in front of 1M TV viewers.

In 2016, he was selected from 20k applicants to the Templeton Program, nurturing special cognitive talents. In 2022, he was elected as a full member of Mensa and he is also an admissions board member at FTG. Gaining popularity with his projects and social contribution, interviews with him have reached more than 2,000,000 people in Hungary.